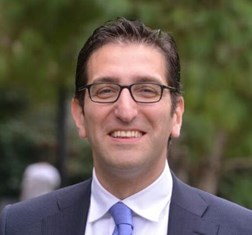 Pierre El Khoury is the General Director and President of the Board of LCEC. He has been Advisor to the Lebanese Minister of Energy and Water since 2009, the secretary of the World Energy Council (WEC) Lebanon Committee, and a Board of Trustees member representing Lebanon in the Regional Center for Renewable Energy and Energy Efficiency (RCREEE). He holds a bachelor’s degree in electrical engineering and a master’s degree in engineering management, both from the American University of Beirut (AUB).

Share on:
Focusing on the development and implementation of projects in renewable energy and energy efficiency, LCEC has several projects and proposals lined up.

What are the main priorities for LCEC?

LCEC is the technical arm of the Ministry of Energy and Water for the development of policies and implementation of projects regarding renewable energy and energy efficiency. In the renewable energy field, we are developing four tracks. The first is the implementation of three wind farms totaling 220MW to be operational by 2020—the first project of such magnitude in Lebanon’s history. We are also launching a second bid round for windfarms to install an additional 400MW and are finalizing our request for proposals with the support of the European Bank for Reconstruction and Development (EBRD). Third, we are about to select the 12 companies to build 12 solar farms of 15MW each and hope to have this done by 3Q2019. The fourth track, again with the support of EBRD, is a request for proposals to build 300-MW solar farms with battery storage. Hydro could be used in the future to contribute to our 2025-2030 objectives, though it is not in our immediate targets, because solar and wind are easier to develop and implement. Hydro also entails considerations because it includes different players with the right to access water streams.

What about the development of energy efficiency initiatives?

In terms of energy efficiency, we have developed two national financing mechanisms with the Central Bank of Lebanon. One is the National Energy Efficiency and Renewable Energy Action (NEEREA), for energy efficiency, and the other is the Lebanese Environmental Action (LEA), for environmental projects. Another big project is with regards to heat pumps, which we have developed through the support of the Italian Ministry for the Environment, Land, and Sea (IMELS-MATTM). We are working on a decree to make these mandatory in all new buildings together with solar water heaters. We also have some small projects to maintain and repair solar public street lighting. Furthermore, we have converted 10 public buildings to solar photovoltaic (PV) to demonstrate its use in public buildings. These are pilot projects that have potential to be replicated elsewhere. For example, we are supporting the Ministry of Education and Higher Education to have around 130 public schools converted to solar. We are also working on a number of projects on energy-efficient home appliances. The combined result of all these projects will enable us to reach our stated goal of reaching 12% share of renewable energies by 2020 and 30% by 2030. The first goal will be easily attainable as a result of our current and upcoming projects; however, the second goal will be more demanding and will require a commitment from all sectors of the economy.

How would you rate the participation of local companies in the green economy?

A great deal of the momentum comes from local companies. We already have more than 170 companies working on solar PV, more than 220 working on solar water heaters, and about 40 working on heat pumps. The green economy sector in Lebanon is based on a decentralized approach, and this entails the participation of local businesses. As larger projects come about, we see a mixture of local and international companies, often joining forces. We are developing the bidding documents to oblige consortia to have at least one local and one international company for big projects. Likewise, for joint ventures, we typically see a combination of three or four companies, which seems like a good recipe for success.