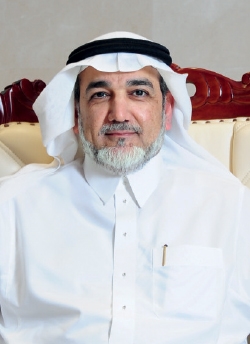 Esam F. Himdy graduated as a Chemical Engineer from King Fahad University of Petroleum and Minerals in 1978, and has more than 36 years of professional experience in the petrochemicals industry, 20 of them at SABIC. He is currently Managing Director & CEO of Sahara Petrochemicals, a position he assumed in 2009.

Share on:
Where is Sahara positioned in the petrochemicals sector? Sahara Petrochemicals was founded in June 2004 and is considered an important player in the Saudi Arabian petrochemicals industry. In terms of […]

Where is Sahara positioned in the petrochemicals sector?

Sahara Petrochemicals was founded in June 2004 and is considered an important player in the Saudi Arabian petrochemicals industry. In terms of rankings, SABIC is the largest player in the petrochemicals sector in the Middle East. Sahara and others are considered good-sized companies in the region in the petrochemical industry. During 3Q2015, Sahara will introduce a new product to the market called Butanol, and this is considered the 10th product to be produced in a little over 11 years since Sahara’s establishment, which is like building a new plant every year, and this is considered to be a significant achievement. Sahara’s first partnership was with the international company LyondellBasell, and we built our polypropylene plant (Al-Waha) using its Spherizone technology. We were the second company in the world to have this license from LyondellBasell and our plant produces 460,000 tons of polypropylene per year. About 30% of this polypropylene product is different from the normal polypropylene and provides value-added to our product. Sahara’s second partnership was with Tasnee, with whom we have built jointly, at Tasnee’s site, a polyethylene plant where we produce ethylene and high- and low-density polyethylene. We also produce other products with Tasnee, such as acrylic acid, and this is the first plant of its kind in the Middle East. We have worked very hard with Tasnee in convincing Dow Chemical Company to bring this technology to Saudi Arabia. Acrylic acid is the main product and it is the feedstock to manufacture super absorbent polymers (SAPs). We also managed to convince Evonik Industries, the technology owner for SAPs, to come and build this plant at Tasnee’s site. SAPs are the main material used in diaper manufacturing. Thirdly, Sahara also has a partnership with the Saudi Arabia Mining Company (Ma’aden), and we jointly built a plant at our site called SAMAPCO, producing ethylene dichloride and caustic soda.

How do you see Saudi Arabia in global petrochemicals?

Today, Saudi Arabia is one of the largest petrochemical producers in the world with 70%-80% of the people operating the plants being Saudis. I am very proud of that, especially being a Saudi and being one of the very first people who participated in developing Saudi nationals to do this petrochemical work when I joined SABIC in 1978. I am confident that our Saudi engineers and technicians can work successfully in any petrochemical plant in the world. When Saudi Arabia started in the petrochemicals business in the early 1980s, it was new to us, and very hard to operate and learn, but with the insistence and strong desires for Saudi nationals to learn, nothing is difficult.