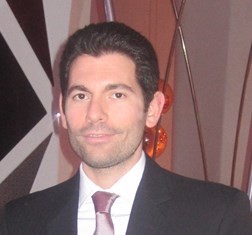 Grandeur on the Gulf

What differentiates Bahia Grand Hotel from other hotels in the city?

Panama has many great hotels. The market has significantly expanded, especially over the last few years and is penetrated by most international brands. The difference with the Bahia Grand Hotel is that it is the only one in the center of the city that is located directly on the ocean. Even though the hotel is centrally located, the neighborhood is calm and tranquil, a kind of urban oasis. Moreover, the hotel is housed within the tallest building in Central America, and our rooms, at 600sqft on average, are the largest the city has to offer.

How did the hotel evolve from being a Trump hotel to the Bahia Grand?

This hotel opened in mid-2011, and the prior owners faced many financial difficulties for a number of years. In August 2017, we acquired majority interest in the hotel with the consent of all the parties, including the prior owners and the debt holders. We attempted to work with the prior operator to remedy its contractual breaches and resolve the major issues, but that did not work. As a result, the agreement was terminated. The hotel is now independently run as the Bahia Grand. We chose the name because it is directly on the Gulf of Panama.

How would you assess the tourism sector in Panama?

Tourism in Panama is in the embryonic stage; Panama has about 2 million visitors per year, though only a few hundred thousand are leisure tourists. Mostly, people come for business. We have to compare these few hundred thousand leisure tourists in Panama to 4 million in Costa Rica. This is the most interesting comparison that demonstrates the potential of the country. If we start comparing Costa Rica to Panama, it has similar nature and environmental aspects—though Panama’s rainforest is mostly primary whilst the one of Costa Rica mostly secondary. Moreover, Panama has approximately 600 islands whilst Costa Rica only has a few. In terms of connectivity, Panama has an advantage over Costa Rica, with Tocumen International Airport in Panama City serving almost 15 million passengers. Furthermore, Panama City benefits from a metropolis with skyscrapers, nightlife, and restaurants at a by-far larger scale than San José. This is complemented by the colonial part of the city, Casco Viejo. Thus, there is no reason why Panama should not have the same number of or more tourists than Costa Rica. Panama does, however, lack tourist infrastructure; in other words, it is difficult to reach areas of interest with organized transport, whilst there are less resorts and organized recreational activities. Secondly, Costa Rica has done a great job in branding itself as being eco-friendly. Panama has to do a better job in that regard, both from the government and the private sector. The private sector has been carrying this burden, and for the first time, the government seems to be taking certain positive steps in that direction with a new tourism fund.

What are your plans for expansion in the region and priorities for the year ahead?

Our investment mandate is to invest in hotels in the east coast of the US and the northern part of Latin America. The market is overheating in the US now; therefore, it is difficult to acquire hotels at attractive prices. We typically acquire assets at a deep discount to their replacement cost. We still have a great deal of capital to deploy and, in addition to the US, we are looking at Panama and other parts of Latin America. Given the time in the real estate cycle, Panama is bound to offer many interesting investment opportunities. We now want to control costs, increase revenues, and enhance both the international and local business. The goals for Ithaca Capital is to deploy more funds and execute transactions not only in Panama but the region in general.