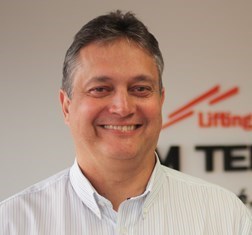 Kenneth Waugh is a Costa Rican executive with more than 30 years of experience in the coffee and banana industries, as well as logistics in Central America. He spent more than six years as Managing Director of Volcafé in Costa Rica, the second-largest coffee trader in the world. He also has experience in the logistics market, and was Corporate Director of Grupo Mudanzas Mundiales Costa Rica. His last experience was as General Manager of Grupo Motores Británicos. He has a bachelor’s in business administration and finance and an MBA from INCAE with an emphasis on banking and finance. He is currently president of the British Chamber of Commerce of Costa Rica.

Share on:
The 2019 launch of a project that could boost the local economy by USD3 billion in the next decade alone has generated hopes for a new generation of commercial prowess.

How will the country’s commercial dynamics change after the opening of Moí­n?

It will change the logistical paradigm in Costa Rica. We expect it to be the most efficient terminal in Latin America. Our previous infrastructure limited us to small vessels. As a result, the logistic process was extremely complex, because goods from Costa Rica had to be sent to other ports to be shipped to their final destination. That resulted in higher logistic costs for companies. Thus, having a terminal that can receive larger vessels changes the paradigm, since we are becoming a first division port. In addition, the current port had several inefficiencies that resulted in slow service. However, with this new terminal, the competitiveness of the country and region will change. The Panama Canal expansion allows larger Asian vessels to pass through it, and we needed to have the infrastructure ready for these vessels. We can receive vessels from Asia because Moí­n is just 750km north of the two ports in Panama. That opens up an opportunity for us, and we have to demonstrate we are efficient in managing those goods through our road infrastructure and borders.

What role should TCM play in the future of infrastructure projects in Costa Rica?

2019 will represent the end of construction and the start of operations for the biggest infrastructure project of the decade in Costa Rica. TCM is an example of the steps that need to be taken into account when a project like this is launched. APM is a well-known player that operates 74 terminals across the world and takes that knowledge to every project it manages. The company is bringing its experience of running 74 terminals to the country. We are taking the first step, which is choosing the right ethical partner. When APM came to the country to develop the terminal, the first thing we considered was doing it with the lowest environmental impact and helping the country to meet its goals. Costa Rica is interested in not generating any electricity from coal, and we had to take that into account. The terminal has electric equipment to supply almost all its energy needs. The project is, therefore, in line with the country’s goals. In this case, APM brings all the financing, construction, and expertise. The rate to be implemented will be balanced, and includes the repayment of the investment and guarantees that as a company we are not interested in creating a monopoly. We want to operate with a reasonable profit margin, which is publicly known, and that rate will not be modified unless the price of the dollar fluctuates. This will be our rate policy for the next 30 years, a stability which is extremely important for exporters. It is a transparent, environmentally sustainable, and responsible model whose results have already been demonstrated.

What main economic activities can be developed as a result of the terminal?

The biggest impact will be turning Moí­n into a logistics hub. There will be a free trade zone that creates infrastructure and jobs for the logistic services. At the same time, there is an opportunity to develop a cruise terminal linked to the concession contract. Nearly 7% of the gross income that the terminal collects will be spent on development funds, according to the contract. That amount, estimated at today’s rates, could generate nearly USD20 million to develop projects in the Atlantic. That USD20 million will be generated in the first year, an amount that the Board of Port Administration and Economic Development of the Atlantic Coast (JAPDEVA) has not had to finance its development programs in a decade. If a cruise terminal is also developed, Limón would also reap huge benefits from providing tourist services to develop other economic areas.

How many jobs could the terminal in Limón create?

In the first stage, we will hire nearly 650 people to operate the terminal and nearly 900 during the second stage. However, more indirect jobs will be created, in addition to economic growth. The economy could grow by USD3 billion in the next decade, a hugely important rate from one project alone.