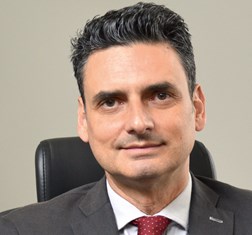 Guillermo Garcí­a Alcocer was ratified by the Mexican Senate as the Chairman of CRE in April 2016. He headed the technical group responsible for proposing and successfully negotiating the constitutional changes with congress to build the Energy Reform of 2013-2014. Prior to becoming chairman of CRE, he held different positions at the Ministry of Energy, including Head of Public Policies on Exploration and Extraction of Hydrocarbons. Garcí­a Alcocer studied economics at the Instituto Tecnológico Autónomo de México (ITAM).

The flow of investment into the energy sector has been significant. To what extent is this due to a stable regulatory framework?

The Energy Reform has been able to promote investments in Mexico. There is trust in the system and trust in the way the regulation and laws were written. A way of measuring that trust is in the investments that have been drawn to Mexico. Currently, we have USD83 billion of investment in place, most of it in the upstream arena, although, in the future, there is great potential for other parts of the value chain. We are in the business of getting the market to trust the system and that has been extremely successful in terms of showing potential investors that the regulation was built in a collaborative manner. We listened to the industry’s concerns and are not afraid of making adjustments to the regulations. We are afraid of setting regulations that are incorrect, do not set a level playing field, or do not set the right conditions for investors to come and be comfortable with projects. We have an open relationship with companies, and there are rules of conduct that are similar to the US Sunshine Act. This is a great example of what transparency and good contact rules can do for an industry.

How would you assess the impact of the liberalization of these markets for final consumers?

What we have gained from this process is something that we have in all the other markets in Mexico: competition. There was only one gasoline service provider. By now, we have over 27 brands and are adding one every one or two weeks. For example, we have BP, Chevron, Shell, Gulf, Glencore in partnership with Group 500, and Costco opening service stations. We have Arco, for instance, which used to be Tesoro, a large refiner from the US. We have all of these brands, and most of them include additives that make the product different from what Pemex offered traditionally. Nevertheless, Pemex is the wholesale seller at present for all these brands. Competition will become a reality in the wholesale market coming into the country by the coasts and the border. In the center, some things are happening due to the railroads that right now have permits from CRE. Things are moving from the center by trains, from the coasts by boats, and from the border by pipeline as well as trucks

What are the main obstacles left to be able to meet the 2050 goal of 50% of clean energies?

We have a great deal of opportunities. The decision of some countries to move away from green energy provides Mexico an opportunity to be the leader here. Most of our country has solar potential. If we took 1% of the territory of Sonora, which is a large state, and used that to build a solar facility, this would generate all the energy the country requires. It is flexible; that is why there are projects all over the country. Most of the 52 projects are solar. Wind projects are also successful in Mexico, which is also great news for the development of this country. It has been an interesting discussion in Mexico because when we started the reform there was strong opposition from industry against green energy, not because it was bad but because it was expensive. They understood it was beneficial for the country, but it was also expensive and they were unsure if it would contribute to their competitiveness. However, soon it was clear that solar was not only inexpensive, but very cheap. There was a major change in technology, and Mexico was one of the countries where the prices of solar energy dropped earlier. We are in great shape to maintain the pace of projects.