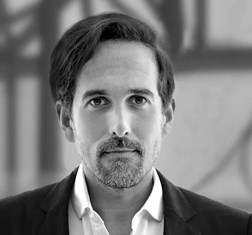 Guido Patrignani has over 10 years of experience in Argentina’s oil and gas industry, with special focus on upstream and midstream infrastructure. He was the Latin America agent for PPG Industries Fiber Glass [NYSE: PPG], currently Nippon Electric Glass [TYO: 5214]. He also partnered with Urban Green Energy [TSX-V: UGE] in Argentina, developing amongst other things, a PV project for the presidential palace. Patrignani has an architecture degree from Universidad de Belgrano.

Share on:
Greenwood Energy is dedicated to bringing new investment in power infrastructure to the country, focusing especially on the regions where it is most needed.

What does Greenwood Energy focus on, and what issues are you looking to tackle?

Greenwood Energy is part of the Libra Group, which operates in 35 countries. The conglomerate works in six distinct sectors: aviation, shipping, real estate, hospitality, diversified investments, and energy. The latter is the most opportune sector in which the group realized it could provide a significant contribution to the Colombian economy. Colombia currently has two main issues to address in terms of energy. The main one is its dependence on hydropower, which accounts for almost 70% of the country’s energy matrix, and almost half of this is generated by just six hydropower plants. Colombia needs to achieve greater diversification of its matrix in order to stand stronger in the face of climate change. The Institute of Hydrology, Meteorology, and Environmental Studies (IDEAM) estimates an average increase of 1.4 degrees Celsius between 2011 and 2040 and a decline in rainfall of between 15% and 36% in the Andean region, where most hydropower plants are located. Colombia is particularly vulnerable to climate change from an energy perspective and needs to diversify to other technologies. This is why we will run clean energy tech projects such as Solar, Biogas, Biomass, Combined Heat and Power (CHP), and Natural Gas. We are currently working on over 20 projects, mainly on distributed generation (DG), where we invite the country’s largest consumers to generate their own power. The other problem is the power infrastructure in the Caribbean region of Colombia, which falls well behind the average growth of the region. All industries located in this region now face a significant problem. Our objective is to diversify the matrix and help to relieve the power infrastructure by taking the largest consumers of power off the grid in order to allow for spare capacity to serve smaller industries. For this reason, we opted for the acquisition of a local developer based in Barranquilla in order to initiate our activities in the country. Beyond this, we have offices in Bogotá and Panama City.

Can you elaborate on Libra Group’s international presence and its history in the business?

Libra Group serves six sectors of the economy, mainly transport and infrastructure and usually in markets that require a specific solution. Its main headquarters are located in New York and London. The group’s energy subsidiaries have developed, owned, or managed around 2,000MW worldwide. We have solar plants and wind farms connected to the grid in Greece and Romania, biogas plants in Latvia, CHP plants in Manhattan, as well as a wood biomass power plant in L’Anse, Michigan. We currently own 14 solar power plants in the US, having managed over 900MW of DG solar projects there. We also have DG solar projects in Panama, installed at large scale facilities such as supermarkets and hospitals.

Greenwood has a wide portfolio of energy solutions. What makes this mix unique for clients, and what is in store for the client?

All these technologies have a lower environmental impact. In the case of biomass and biogas, however, it is also a matter of energy efficiency. For example, when palm oil producers extract the oil from the palm, effluents known as palm oil mill effluents (POME) are released. Palm oil producers deposit this into open pools, where it starts to decompose and release methane gas into the atmosphere. Methane gas is captured through the tarping of these pools and fed to a power station to fuel reciprocal engines. In the case of biomass plants, a large proportion of the fuel mix is derived from unwanted organic waste that has been collected free of charge (and thereby diverted from landfill) so that it can be used in power facilities as an alternative to fossil fuel. High pressure steam produced in the plants drives turbines that deliver power and steam to the end user. These are two examples of the type of solutions we offer our clients.