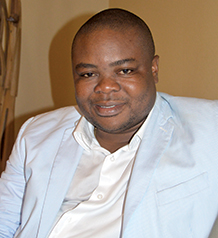 Tagir Carimo studied Civil Engineering at Maputo Industrial Institute Eduardo Mondlane and Tourism Management at Catholic University of Mozambique. He became Mayor of Pemba in 2011. Previously he had worked as public servant for the Ministry of Public Works in Pemba.

Share on:
TBY talks to Tagir Carimo, Mayor of the City of Pemba, on the Cabo Delgado LNG project, twinning with Sines, and the potential for hydroelectric energy.

Pemba will play a strategic role in the development of the LNG project in Cabo Delgado. How will the city change to support this industry?

Pemba is developing faster than ever, so we need to improve our infrastructure in order to address the resulting pressures. Investment in Pemba is needed for roads, hospitals, and other infrastructure. We are finishing our development plan for Pemba, and are excited about the changes that will occur over the coming decade. We know that the oil and gas industry will bring about some unexpected challenges, which is why we are trying to be as prepared as possible. Around $200 million is being invested in the port, and we are still in discussions about the new airport.

What will be the impact of the Port of Pemba once finished for the city and the country at large?

Ports represent a good opportunity for us, and for all investors, supporting smaller industries, and helping to develop the construction industry too. With all of the indirect effects the construction of the port will have, I believe the project will transform the city and the region. We have been working to attract more investors to build hotels and supermarkets, and we have a South African group that will start to build a huge mall here in April.

What is your strategy for attracting such investors to Pemba?

We are finishing our development plan and are trying to promote the city, while also helping investors to acquire land. We are working to provide better incentives because investors must be given solid reasons for investing in an area, and we are looking into reducing taxes, among other strategies.

Last year Pemba was twinned with the Portuguese city of Sines. What can the two cities learn from each other?

Sines was originally a small village, but expanded rapidly as a result of the oil boom. Pemba will be the same, as while it remains small, we can see how it will grow in the future. We can learn many things from Sines to avoid making mistakes that they may have been made in the past, and we are fostering close dialogue between the two municipalities.

Besides the oil and gas industry, what would you say are the sectors set to grow the most in Pemba over the coming decade?

The tourism sector is an area to watch. I also believe that a network of SMEs from different sectors will be created to support the larger firms, and foresee much growth in industry in the region.

With tourism representing an important part of the economy, how will you ensure that projects do not negatively impact the environment?

We are acutely aware of the challenges presented by such rapid growth. Tourism is a key part of Pemba’s development, which is why there are local and regional regulations to avoid environmental damage. We are encouraging investors to build eco-friendly projects and to minimize adverse effects on the natural environment.

What are some of the larger projects you will undertake in Pemba over the next five years?

We want to provide transport infrastructure such as roads, but also to increase the level of water and electricity supply. There will be considerable development of these utilities in the near future. In addition, we are planning to construct a new dam. We are finishing the initial design drafts, and hope to have these complete by July. The dam is to be constructed on the Megaruma and Lúrio rivers, and will supply both water and hydroelectric power to the area.