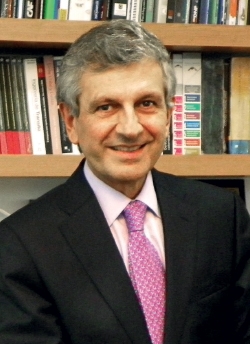 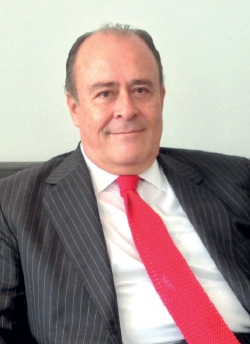 Share on:
How would you evaluate the growth and development of Colombia and its infrastructure? JOSÉ JOAQUÍN MONTALVO With a view to meeting our ambitious economic goals, the country’s infrastructure must be […]

How would you evaluate the growth and development of Colombia and its infrastructure?

JOSÉ JOAQUÍN MONTALVO With a view to meeting our ambitious economic goals, the country’s infrastructure must be strengthened and expanded. At present, it is quite bad, and we have experienced major delays to investments. Previous governments made many mistakes in structuring projects, and that is why the government is announcing a new way of structuring those tenders that were already open to bids. There is currently a focus on the main road that runs from Bogotá to Buenaventura. PISA has been working on an 80-kilometer dual carriageway to Buga, and the project now has to be completed between Buga and Buenaventura. During the tenures of the past three or four governments, we have been struggling with the Ministry of Transportation to have that part of the road opened as a tender for public works, rather than as a concession. Of the total 120 kilometers, about 95 kilometers are already contracted to developers who are experiencing a range of problems. Additionally, two parts of the road have yet to be contracted, namely the Buga-Mediacarnoa section and the final part in Buenaventura, which is about 17 kilometers in length. The backlog of infrastructure projects in Colombia will be improved substantially if we have any degree of success with this. We will be able to enhance many roads, changing them from single lane roads to dual carriageways. However, plans remain unstructured, and three proposals have already been opened and closed, with five proposals received from just four entities, where 10 had been expected.

JUAN MARTIN CAICEDO FERRER The country is developing at an impressively fast pace, between 3% and 4%, and it was one of the best economic performers in Latin America during the 2008-2009 credit crisis. Therefore, in this context, Colombia has been in a strong position to invest substantially in infrastructure for a few years. We are positive about the future development of infrastructure projects here, however, since we observe the availability of funds and liquidity to invest in such projects. Some of the economic highlights of the past couple of years have been the restoration of the risk rating at an international level, at the same level as Brazil today, which encourages foreign investors to Colombia. Also, we have positively increased oil production to unprecedented levels. These two factors, linked to the openness of our economy and its attractive regulatory framework for foreign investors, have contributed to drive economic growth and development in the country. In the past, we had to make tax adjustments by sacrificing investment in infrastructure, a legacy of the previous two governments. Additionally, as Colombia has increasingly become a global economic player (by the end of 2013, we will have signed 15 different FTAs), the need for infrastructure has risen. Before, infrastructure investment only accounted for 1% of GDP, and studies show that if we want to fully meet the potential growth of the country, we should increase that figure to 3.1% over the next 10 years, spelling an annual investment of between $10 billion and $15 billion over the next decade.

What does your company do to ensure protection of the environment?

JJM The law of environmental issues in Colombia was adopted the same day that we signed the contract. Even though the process was conceived without environmental regulation, we had to develop the project in accordance with it. We had to request information from other countries, specifically from Spain, about environmental law when developing our project. Following that, the International Finance Corporation (IFC) became a shareholder of PISA. We developed a clear philosophy on environmental issues and transparently completed the project. The road is wonderful and rather resembles a garden. This is the result of us working with proper environmental regulation. And where we do have to fell some trees, we replace them in a ratio of 10:1 in other parts to reforest the land.

JMCF Colombia has a unique geography with several climates within a single country. The very severe winter we had a couple of years ago made us realize that we need advances in technology and sophistication when building new infrastructure, especially roads, as we suffer from heavy rains for many months of the year. More complex construction and engineering methods are needed due to the geography and environment of our country and the worsening effects of climate change.