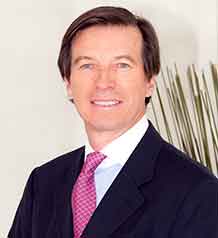 Home Away From Home

Luis Barrios is Co-founder, President, and CEO of City Express Hotels. In 2002, after 12 years of industry experience, together with Javier Arce, he designed an innovative hotel concept in Mexico: Hotels City Express. He holds a degree in mechanical and electrical engineering from the Universidad Iberoamericana and an MBA from the University of Texas. During his three-decade-long career, Barrios has been a member of various boards of directors, including Grupo Posadas and AeroMexico, and is currently Chairman of the Board of Hotels City, the Director of Actinver Financial Group, and a Member of the Advisory Council NAFINSA Mexico City.

Why did you develop a brand specifically targeting business travellers?

There was an opportunity to develop a new hotel brand because the existing brands were just above the price point, leaving a market underserved. The GDP contribution from the tourism industry was about MXN1.2 billion ($84 billion), of which 17% was by foreigners, while the remaining 83% came from domestic Mexican consumption. The mission with City Express was to create a chain for the business traveller. We were also disruptive in terms of design. City Express hotels are modern, bright, practical, and efficient. The result was a product that resembles a high-end property but at a lower price than the competition. We introduced free extras that were not available at that time, such as free internet in the rooms, light colors, and sustainability later affirmed by a certification from the US building council. What we created at that price point was aspirational. The aspiration was not to have French chandeliers or marble at the core, but rather a youthful, good design with excellent service and great value. We established new standards for properties at this price. We had many things that people did not know and started to learn as we grew and created a brand image. We named it City Express, as it had to be a brand not tied to one place of origin. It was not clearly Mexican or American, but it could communicate well in both languages.

To what do you attribute your rapid expansion over the past 14 years?

We built an initial team that was strong and had more than 80 years’ experience between five people. We knew exactly what had to be done and we were able to implement and deploy the resources that we raised at that time. We started in 2002 and our first property opened in 2003. We now have 106 hotels, with close to 12,000 rooms. We are normally 18 months ahead of what is going to happen. When we have the capital and do our own development, we can identify our land, do our designs, and control our destiny.

Have agreements like the Pacific Alliance and TPP played a role in defining your expansion plans?

Our expansion started before that, but we foresaw that it would happen and that interregional trade with Mexico would be important with a lot of crossover investments. There are many Chilean and Colombian companies coming to Mexico and investing, while there are many Mexican brands circulating in those countries. This reinforced that we were building the correct strategy. The TPP further reinforces the strategy even though the global economy has become increasingly volatile, with China not growing as expected and Latin American exports being mostly commodities, but Mexico’s exports are 80% manufactured goods sent to the US and Europe. With the growth of the auto industry, companies are looking at Mexico as a manufacturing hub that can reach certain markets such as Europe and the US more efficiently; therefore, we predict that we will keep on growing at the same pace for the next few years whilst remaining cautious and selective regarding where to invest. There may be a cloud over the international scenario, but Mexico is well positioned with the structural reforms that have taken place. Some of them will not provide returns in the short term but will definitely change the face of society in Mexico, while others have begun to provide some material investment in terms of their impact. We are present throughout 29 states—soon to be 30 in more than 61 different cities, so we can sense what is happening across the different regions. We are present in the remote areas where there is important industrial infrastructure as well as in the major cities and locations in the country. We are an economy chain that can be present in the best of locations and in some places with specific markets.