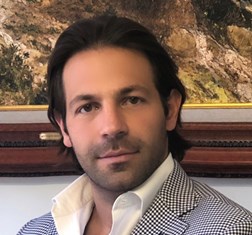 Mauricio Suárez founded FICADE in 2013 and has served as CEO since its foundation. Between 2006 and 2013, he worked at SARE Mexican developer, performing various activities in different areas of the company. An industrial engineer who graduated from the Universidad Iberoamericana, he has a degree in corporate finance from ITAM and a degree in international business from Harvard as well as a master’s in promotion of real estate projects from Universidad Anahuac del Norte.

Share on:
FICADE wants to make the most out of Mexico City's potential for housing development.

What is your outlook for demand for houses and apartments in Mexico City?

There is a great demand for housing in Mexico City. The problem is the housing policies that limit the capacity of the industry to attend the demand needs; so the offerings are much lower than the demand. This means house prices are always going up, particularly in central areas. Mobility in Mexico City is extremely complicated, so housing in central areas are in high demand. The industry does not have the capacity to produce enough housing to meet demand, and this is an issue the government needs to solve. We need to reuse large plots of land so developers can develop megaprojects with many units to address this demand. Another factor that impacts the industry is that all new projects are being put on hold while the new administration reviews everything done under the previous administration. This has stopped new projects from flowing, and permits are difficult to get processed; however, the demand and need for housing means it is just a matter of time before things start to move forward. Nevertheless, we see Mexico City as a strong market with great potential to continue growing.

Mexico City requires 50,000 new houses a year to meet demand, but only 15,000 are being built. Is the city realistically able to develop that number of houses?

It is extremely difficult to develop a project, and there are not many housing projects taking place. There is land, though we do not have the right land usage rights, so in many areas we lack the housing density the city requires. For example, one might only be permitted to build four or five houses on a plot that could potentially take 15-20 units. The government needs to address this urban planning issue. Other cites globally tend to be more densely developed than Mexico City—they build higher and with smaller units. That is something that Mexico City needs to incorporate in some way. The infrastructure and utility services also need to be improved so more people can be accommodated on a single piece of land.

How much land does FICADE currently own in Mexico City?

When we acquire land, we start developing it straightaway. We do not have any land in reserve. Having land reserves works well in the provinces, where things need to be organized, like bringing in infrastructure before one can develop. In Mexico City, it is difficult to have land reserves because land is so expensive, and there is no need to wait to develop it.

What is your opinion of the trend of building urban housing developments for rent and not for sale?

Rental units have great potential. This trend is becoming more professionalized in Mexico City. Currently, we have a large secondary or informal rental housing market here, and we need to develop a more institutionalized product and mechanisms for renting, such as a legal framework. It is more common for millennials and others who want to have less debt to rent rather than buy. This is definitely a great opportunity in Mexico City and globally. However, it is more akin to being in the office space segment, where one owns and maintains the building they lease. FICADE is into the buying and selling model currently. We will enter the office and rental market in perhaps four or five years’ time.