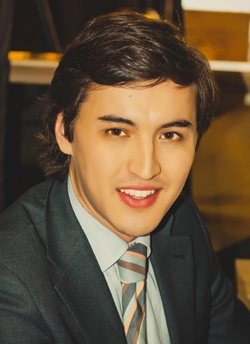 Ice To Meet You

Iliya Urazakov was appointed as Director of the XXVIII Winter Universiade 2017 Organizing Committee Executive Directorate in November 2013. Several years before joining the Organizing Committee, he acted as Deputy Director of the Youth Policy Development Fund within Almaty’s city administration. Prior to that he gained vast expertise in the Kazakhstani media market, occupying a number of senior positions within national TV channels and managing his own company. Ilya Urazakov graduated from Kazakh Ablai Khan University of International Relations and World Languages. He also holds an MBA from the Kazakhstan Institute of Management, Economics, and Strategic Research.

Share on:
"I think that the promotional activities should start the day after winning a bid."

Two years are left until the Winter Universiade will take place. How is the work progressing?

We are now in an active phase of preparation because we have already finished all of our operational plans. One of the main problems for Kazakhstan is the lack of specialists. We do not have enough professional staff, especially at a multifunctional level when huge sporting events take place. It is a huge task for Kazakhstan to work on acquiring this technical staff and resolving these sports management issues. Our organization focuses on educational programs as well. One of the things that I mention all the time is the importance of the legacy. We have to think about the overall future of our country and what kind of legacy we will leave after our project. This includes what kind of sports infrastructure and staff we will be left with. If we do this work the right way, Almaty will get a professional team to organize events such as the Universiade and even bigger events. Today, we have a team of 54 people. By January or February 2015, we expect to have around 85 people, including technical staff, competition managers, public relations and marketing departments, as well as medical services. We will have 28 departments and, by the end of 2016, and there will be a team of 1,500 people.

From a technical and infrastructural point of view, you have to meet the high standards expected for any Universiade. What kinds of venues and infrastructure will be built, renovated, or developed for the event?

For this Universiade, we have three new venues—two sports venues and one non-sports venue. There is an athletes’ village for 5,000 people and two ice arenas—required by International University Sports Federation (FISU) standards. One ice arena will be used for hockey—it will have 3,000 seats, and the other one is for figure skating, and the opening and closing ceremonies; it will be a huge arena with 12,000 seats. Each of these arenas has additional ice rinks and one of them has a swimming pool. For training and preparation, as well as relaxation, these are the International Olympic Committee (IOC) standards we must comply with. Other work includes some changes and technical updates to our existing sports venues as well. The Universiade is quite important for bidding for the Olympic Games. After our preparation for the Universiade, a maximum of 10%-15% of these assets will be used to update resources for the Olympic Games. Everybody already knows the level the Universiade will be at. All the standards are set by the International Sports Federations, including the International Ski Federation, Speed-Skating Federation, Hockey, and Curling Federation. We have a special department in our organization that oversees compliance with all the federations’ standards.

“I think that the promotional activities should start the day after winning a bid.”

How do you plan to increase awareness about this event, not only among the local community but also internationally?

I think that the promotional activities should start the day after winning a bid. We must understand that promotion is one of the most important steps for a project. Even if we host the games at the highest level, without spectators it’s not a complete success. Things have not been done properly in the past. That is why it is crucial to do things differently, in the right way, and to involve the spectators and tourists. Currently, our plan is to invite between 90,000 and 110,000 tourists to Almaty for these games. I think we have to pay attention to the local tourists from Kazakhstan as well, rather than just to the international tourists. I am not speaking just about the competition now. It is one of our tasks to not only organize sports competitions, but also to create sporting occasions—sporting holidays with concerts, festivals, and exhibitions. We are preparing a tourist package. The first task is to create the conditions to attract potential tourists. The second step is the promotion of festivals and other events to bring them to people’s attention. We used the 2014 budget quite productively for this aim. A recent report from the Minister of Culture and Sport mentioned that, in 2014 alone, we had 264 appearances in the mass media. This year, we organized more than 50 different events. These events covered a lot of Almaty and Kazakhstan, as well as cities such as Moscow, Sochi, Barcelona, Belek in Turkey, and Manila in the Philippines; there were about eight or nine countries involved. In 2015 we are aiming to have a test event, and we have made commercials and done various video spots for our event. According to the FISU standards and our contribution contract, we have to arrange about seven international championships before 2017. Test events are quite important. First of all, we have to demonstrate all the spheres of our organization and FISU, as our coordinator, has to see our abilities in action and identify any mistakes that need to be corrected. Out of these test events, a minimum of five will be hosted here and broadcast by the Eurosport television channel.

Do you have any specific goals for 2015?

On July 31, 2015, the host city will be named for the Winter Olympics in 2022. Kazakhstan is quite an ambitious, young country. And I think that the main cities are full of well-educated people; they have an important role to play and they are changing the country. Kazakhstan is a country with a very bright and interesting future, and other regions know this as well. It is a new region, a new market, and a huge territory, rich in natural resources. Our President’s vision is reflected in our program’s ambitions; to be among the 30 most developed countries by 2050. Our previous program was targeted for 2020 and we accomplished that by 2013, so I think that if we keep this dynamic, we can manage to have another victory. Projects such as the Universiade are a great chance to use international experience for the development of various spheres here. If my colleagues from other sectors want the same results, they can use these opportunities, and we will build a really stable and strong country as a result.