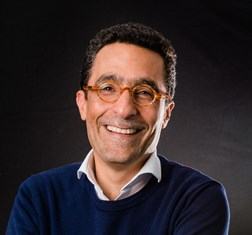 Ignacio Gaitán was appointed President of iNNpulsa Colombia in 2018, after having served as executive dean of the International School of Administration and Marketing and Prime Business School of the Sergio Arboleda University. Gaitán is a lawyer from that same university, where he also completed postgraduate degrees in public and economic law, and commercial and financial law. On top of this, he has an executive master’s in business management and leadership from CEU University of San Pablo and an MBA from Adolfo Ibáñez University-ESADE Business School in Barcelona.

Share on:
With Colombia betting heavily on entrepreneurs to drive business generation, INNpulsa was able to mobilize some USD250 million in venture capital during 2020.

What makes the country outstanding in terms of entrepreneurship?

During INNpulsa’s first year, we served an average of 56,000 entrepreneurs. In 2020, we served 4.756 million. In turn, we attracted venture capital of around USD3 million and last year alone mobilized USD250 million. When a government orchestrates an organized strategy for business generation, it creates a sense of attractiveness in terms of communication, investment, and ecosystem that makes things move quickly.

How does INNpulsa fit within the government’s economic strategy, and how would you evaluate the development of the agency over these past three years?

The agency was established as such in 2011, though in 2018 it received a significant boost. Since the pandemic, there have been many changes. The first was that President Duque assumed the position of chairman of the board. From that moment on, it became a ministerial-level agency. In fact, participating quite frequently in the council of ministers improves the company’s entrepreneurial activities. Second, one of the significant changes was that we became transversal; we now support all ministries on entrepreneurial issues. Another big change is that in three years of government, Colombia has issued more than 30 decrees from the presidency related to digital and entrepreneurial issues. It now has more than 14 laws covering entrepreneurship and digital issues. Third, we generate a public policy framework, which is essential to turn a country into an entrepreneurial one. In order to attract entrepreneurs, investment funds, and the entire associated ecosystem, it was crucial to create this public policy framework.

There is a broad context of incentives and support for entrepreneurs, but which INNpulsa services and programs have specifically been useful for Colombian entrepreneurs?

We launched the first program for women called Empodera. This has been a before and after in terms of gender equality. The programs feature an entrepreneurial ecosystem with a performance similar to the ‘stations’ model in Paris, which is a physical integrated ecosystem model. We operate the same program called CEmprende. Today, we have more than 15 CEmprende in Colombia. During the pandemic, we put credit lines to work, like any bank, in order to support entrepreneurs. This forced us to mobilize resources almost 100 times more than what INNpulsa has historically moved in terms of these issues. Finally, we launched a crowdfunding platform called A2censo, which supports more than 54 ventures.

What mechanisms are in place to promote entrepreneurship as a transformative engine of society?

In order to become the government’s entrepreneurship agency, we had to strengthen social entrepreneurship. The first thing we did was to change the structure and create an INNpulsa social directorate, since one did not exist. We have been involved in supporting some of the president’s advisors on post-conflict stabilization issues. In fact, today INNpulsa supports more than 700 productive projects of former combatants. All this has allowed us to become aware the deepest needs of the territory and accompany the commercialization of products and many former combatants. INNpulsa’s offer has improved since the moment regional directors were created, since they did not exist before. It has allowed us, in this deep economy, to make INNpulsa’s offer much more relevant.

How is the regulatory framework oriented to entrepreneurship in Colombia?

The Entrepreneurship Law is the result of having updated the regulatory framework of the last Colombian Law of 2006 and through the structure of the Entrepreneurship Law, which was welcomed by the government’s own ministers in conjunction with the opposition. In addition to the initial process, we allow the generation of financing hubs, updating, and generating more mechanisms so that entrepreneurs do not only go to the informal sector or to banks to finance their projects. We also give entrepreneurs access to the public procurement system, which is the most in-demand market in Colombia. In general, we organized the offer so that all the state’s entrepreneurship offer would remain only in Innpulsa.