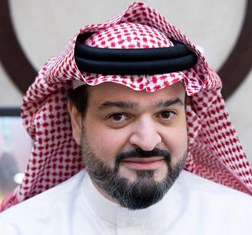 Ihsan Bafakih graduated from Westminster College in Salt Lake City. As well as his position at SPGA, he is a board member of a wide range of organizations, including the Tourism Development Fund, the General Real Estate Authority, and HSBCE. He has previously held leadership positions at investment banking institutions such as HSBC, Al-Ahli bank, and the Saudi Monetary Agency.

Share on:
“By consolidating the management of government properties, we have saved hundreds of millions of riyals in the past few years alone.“

How was SPGA formed and what changes have you brought to the organization since joining?

The goal behind the creation of SPGA was to transform a department within the Ministry of Finance that oversaw all the title deeds of government properties. In the past, title deeds were kept by either the ministry, municipalities, or the Ministry of Finance. A royal decree was issued to put together an authority to oversee all public properties, be it lands in the desert, government buildings and offices, consulates, embassies, and anything abroad and store them all in one domain. Now, we treat all state property as government assets and manage them accordingly. For example, in the past there were government entities that existed outside of the portfolio of government and rented or built their own properties, at great expense. By consolidating the management of government properties, we have saved hundreds of millions of riyals in the past few years alone. Internationally, the Ministry of Foreign Affairs owns consulates, embassies, and the homes of ambassadors and consuls. Then, there are educational and cultural attachés and the military, and they all had their own properties. When we bring them all together under one domain, if there is any change or movement, we can use that property for someone else, and vice versa. This initiative has created an exchange environment within the properties of government that has increased efficiency, reduced expenditures, and increased ownership. The other angle is that we can now make financial derivatives from these and do securitization. We took all the inventory, put it into one domain, and looked into asset management. We have started developing valuations for these state assets and assigning a value for them. In the future, we could take this portfolio of buildings, put it into a fund, sell it on the market, and use those proceeds to finance other government requirements. We were also able to reduce the backlog of people that receive compensation for land or buildings that are taken by the government for public use from years down to four months, which reduces the burden on the government.

What were your initial goals upon taking up your current position?

One key initiative is the first governmental REIT in the region. It will be the only one in the entire Middle East. We are turning what used to have zero value on the government’s balance sheet into something valuable and monetizing that value through such initiatives. Saudi Arabia has historic problems that are somewhat unique, such as the title deeds issue, where an individual can claim land with a paper from King Abdulaziz that states a tribe is to use a certain area or by claiming to be improving the land. Such title situations are unclear and had no standards in the past. We approach this problem by handling all such requests. We have a royal decree that states anything outside of privately owned properties is government property. For those with legitimate claims to land but do not have title deeds, we created a sub division that looks at these claims and makes a ruling. It has officials from the Ministry of Justice, the Ministry of Interior, and the Ministry of Rural Affairs, among others. All these claims are managed through a central website, and when we launched it 9 million people viewed it in just a few days. We have 361,000 claims right now. This initiative will increase the number of Saudis who own homes because all these people are not on the radar. Who can sit today in 2021 and claim a title deed from a different era or a different age? We look into the issue, resolve it, and turn it into a Saudi title deed. Subsequently, when landowners start selling their lands to each other, they will have to pay tax, so the government makes money. Another area that we are working on is inviting the private sector to come in and develop infrastructure with us. We will provide the land, they build on it—and operate it in some cases—and we will pay them over 25 years. œ–