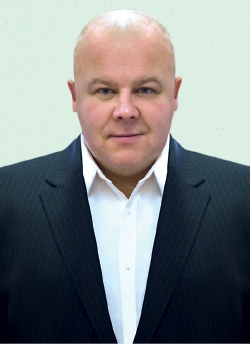 In Store For More

Simon Marshall is CEO of Alhokair Fashion Retail. He became Sales Director of Fawaz A. Alhokair & Co (Alhokair Fashion Retail) in 2007. Shortly after his arrival, he was appointed CEO, and made responsible for the operational and strategic running of the business. Prior to joining Fawaz A. Alhokair & Co, Marshall held a number of executive positions within major corporations including Phones4U, GMAC, and Kwik-Fit. Marshall has an MEBS Degree in Business. Aside from his strategic role, he retains day-to-day involvement in developing both prospective and existing client business relationships, international expansions, and new segments.

Share on:
Fawaz A. Alhokair & Co started in 1990 and has grown since then to become a major force in retail both in Saudi Arabia and globally. What strategies have governed […]

Fawaz A. Alhokair & Co started in 1990 and has grown since then to become a major force in retail both in Saudi Arabia and globally. What strategies have governed that growth, and how have they changed over time?

Fawaz A. Alhokair’s strategy over the past 20 years has evolved in three distinct phases. Phase I of the group strategy saw the introduction of international fashion brands into the Saudi market and listing the retail business in 2006 on the Saudi Stock Exchange (Tadawul), thus forming the fashion business today known as Fawaz A. Alhokair & Co. Some of our key brands include Nine West, Zara, Marks & Spencer, Oysho, Monsoon, Gap, Nokia, and Accessorize. Phase II saw us stabilizing our retail platform, and this meant creating a distinct strategy, upgrading our IT capabilities to international standards, and implementing corporate governance across all business functions. Our goal was to replicate what had been done in Saudi Arabia into other developing markets. In 2009, we acquired Retail Group Jordan and Retail Group Egypt, thus entering the North African market, followed thereafter by the acquisition of Multi-trends in Morocco. In 2010, we entered the Central Asia and Caucasus region by first launching retail operations in Kazakhstan followed by Azerbaijan in 2011, and both Georgia and Armenia in 2012. During this rapid expansion internationally we continued to grow our retail business in KSA, in conjunction with our sister company Arabian Centres we expanded our retail business into 13 company-owned shopping malls as well has partnering with other major shopping mall developers in Saudi Arabia. The third phase in our group’s strategy involved launching our own retail brand, and for this we partnered with George Davies to create FG4 Kids and FG4 women. So, after two decades of growth, today the group has over 1,800 stores in 15 international markets across a portfolio of 80 international brands. Our turnover in 2008 was about $400 million, while in 2014 it will be about $1.5 billion—that’s a significant increase. Our market cap at the beginning of 2014 was about SAR16 billion. Our share price sits at around SAR134, but that was after a two-for-one split, so it can be valued at over SAR200 per share if you were to benchmark it from the original SAR23.

You mentioned various acquisitions. How do you select brands to become part of your portfolio?

As a highly successful franchisee, we understand the requirements of good real estate and the operational management of merchandise, so in acquiring brands and making that transition to brand owner, we look for businesses that have great brand equity, which would be complemented by our skillset, namely our ability to expand worldwide quickly and effectively. This allows us to create a valuable business in short order. In starting FG4 with George Davis, we paired a world-class designer with a world-class store developer, and the brand is now doing excellent for us; it also gave us some useful insight into what makes a brand successful. It is this knowledge that we are now putting to good use in our acquisitions strategy.

How important is the company’s role in Saudi Arabia’s growing non-oil sector?

Saudi Arabia has undergone phenomenal growth over the last five years. The market was previously run predominantly by expatriates, which meant that most of the money they were earning was being transferred back to their own country and leaving the Saudi economy. Now that a large proportion of our workforce is Saudi, the money is staying in the country. There is also huge ongoing investment from the government in terms of infrastructure, mass transit, health, and education. Saudi Arabia is going to see tremendous growth over the next 10 years.