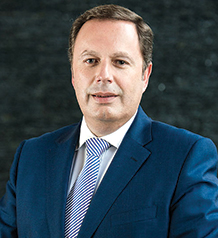 Paulo Sousa, currently the CEO of BCI, was formerly Central Director of the Financing and Real Estate Business Division of Caixa Geral de Depósitos Group (CGD). He also taught and lectured for many years at several schools, higher education institutes, and universities in the mathematics, financial marketing, management, and real estate fields. He holds a degree in management from Lisbon Technical University and postgraduate qualifications in export strategies and international marketing from the same institution.

What are the key strategies of BCI in Mozambique for the next few years?

One of our main goals for the next couple of years is to become one of the preferred banks in Mozambique. We are present in all market segments: corporate, private, and retail banking. We also aim to become a leading bank in the broader development of Mozambique, and not only as a commercial institution, but also as a bank with a key role in the bankarization process of rural areas, a bank that truly understands the needs of its Mozambican clients. Another key strategic objective is to grow and gain a competitive position within the market. Our last strategic plan was designed to run from 2007 to 2015, and has just been renewed. In 2014 we grew by around 33%, and reached more than 1 million clients?

How would you assess your current penetration of rural areas?

BCI has been closely involved in the bankarization process, for which the year of 2014 was quite significant. Since the middle of the year, we entered many unbanked districts around the country. There are still 60 such districts across the country. In general we tend to enter with a regular branch. A second initiative was the launching of mobile units, and now we have two of these operating in the provinces of Nampula and Tete. We have also expanded through the use of remote ATMs that can provide access to banking and liquidity in those areas. We are also developing mobile agents with the support of the central bank that will deliver services in other areas not being covered. We are therefore designing alternative means of creating solutions for clients in locations where we cannot, at least for now, open a traditional branch. We combine the use of mobile services that allow transactions to be done by phone, with an agent network.

BCI has recently signed an agreement with CGD Group and Medical Doctor’s Professional Association. What is your assessment of these partnerships?

We have launched an agreement with CGD Group to develop a network between Mozambique, Angola, and South Africa. This will become increasingly important in the near future. The main purpose behind it is to develop relationships between those countries and for us to be present with matching objectives as a group that can support all needs. With Ordem dos Médicos de Moçambique (OrMM) we have developed special conditions for medical doctors. We are already doing this with other sectors.

How is BCI capitalizing on the construction and real estate boom?

We are mainly supplying the need for offices for new companies coming in and the needs of a very small part of society. One of the main areas that will develop in the near future is the real estate business. We have created a desk dedicated to real estate and infrastructure, a highly specific business.

How will the entry of new players in the financial market affect your operations?

There are new banks and insurance companies entering the market, which is a normal development, and we are well placed to address the competition. The financial market is highly concentrated in Mozambique, and such entrants are a natural part of its development. We are aiming for growth of 7-8% in 2015 and there is sufficient business to be had by all players. We are also the only bank present in the south and north, in what may be termed the extremes of the country. We opened 11 branches in December and in 2014 we opened 34 new branches.

What is main factor behind your success?

Hard work is the key factor, as we are utterly committed to our objectives and fulfilling our clients’ needs. We are also innovative and dynamic, and will not rest on our laurels, but continue to cater to the banking needs of this enormous country. The people, companies, and institutions of Mozambique can count on BCI for the coming years in this development process.