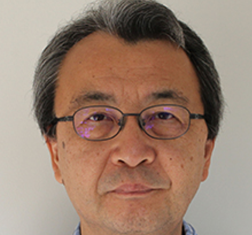 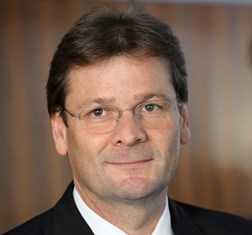 Share on:
Before truly committing to investing in Abu Dhabi, IOCs must first and foremost focus on building firm relationships, particularly with ADNOC.

What is the effect of the 25-year extension of the Satah and Umm Al Dalkh oil fields for UAE and Japan relations?

KAZUYOSHI ARISAKA The 25-year extension of the Satah and Umm Al Dalkh oil fields is extremely important and symbolic both in terms of bilateral relations and for JODCO. These fields have been developed successfully through a joint venture between ADNOC and JODCO as the sole IOC partner. While both fields are relatively small, there are plenty of technical challenges that could impact economics of field developments. We have been successful in overcoming these challenges in our field development and therefore, been granted the concession extension. We have successfully demonstrated our expertise in reservoir management and field development, which then allowed us to acquire stakes in bigger fields such as the Lower Zakum oil field. Moreover, JODCO was appointed as the asset leader of the Lower Zakum oil field, which means JODCO will spearhead efforts to meet the concession objectives, including production targets, cost optimization, and the transfer of technical knowledge. In terms of energy security as a whole, we expect to reach 300,000bpd in equity crude production in Abu Dhabi. Japan currently imports slightly less than 3 million bpd; this equity represents around 10% of Japanese imports. The UAE offers political stability and represents a secure source of a large amount of crude oil for the long term.

Can you elaborate on the strategic relationship between OMV and Abu Dhabi?

ERWIN KROELL The relationship between Abu Dhabi and OMV goes back to 1994, when IPIC (now Mubadala Investment Company) acquired 19.6% of OMV shares, which today is up to 24.9%, making it the second-largest shareholder after the Austrian government. This was the start of a relationship that has improved and intensified over time, both in upstream, where in 2018 we announced the signing of important offshore concessions, and downstream, where OMV owns 36% of polyolefin producer Borealis, a joint venture with Mubadala. In 2007, we opened the first representative office and started to engage with ADNOC to determine how and where we could cooperate. After some years of engagement and discussion, we entered into the first technical evaluation agreement for the appraisal and potential development of the Shuwaihat gas and condensate field together with Wintershall. The following year, we signed a second agreement for an exploration evaluation in the Al Ain area. In 2016, we did a third technical evaluation agreement covering the Northwest Offshore region of Abu Dhabi. A major step was the agreement signed in April 2018, when OMV became a 20% shareholder of ADNOC’s offshore concessions Umm Lulu, SARB, Bin Nasher, and Al Bateel.

What does ADNOC’s restructuring and partnership model mean for the oil and gas environment in Abu Dhabi?

KA ADNOC’s decision to focus on downstream and supply crude products to the Asian market is part of its smart long-term strategy and will help ADNOC differentiate itself from the competition by showing that it is close to its customers. From an upstream point of view, ADNOC still needs technical capabilities provided by major oil companies and IOCs, which is why it still maintains its historical partnerships, though it is also interested in expanding its presence in key Asian markets like China and India. In Abu Dhabi, there is still a technological gap that needs to be filled by international players.

EK ADNOC is not the only NOC undergoing this process of transformation, as the developments of the energy industry are asking for both IOCs and NOCs to adapt and work more closely to apply the right technologies for the development of increasingly complex oil and gas reservoirs. This more direct approach can also be seen through its partnership model: ADNOC and other NOCs are forming strategic partnerships with their oil and gas off-takers, such as China, India, Korea, and Japan to secure access to these respective markets. Given these dynamics, it becomes increasingly important for an IOC such as OMV to both gain extensive knowledge of a market before entering and carry out joint studies with potential NOC partners.