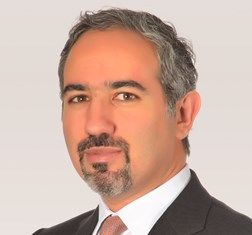 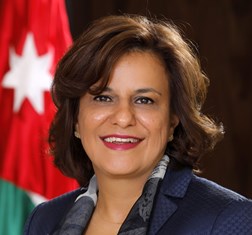 Share on:
These sizeable investment firms see many opportunities across Jordan, from bonds, equity, and real estate to tourism, infrastructure, and SMEs.

What is your investment outlook?

KHOLOUD SAQQAF SSIF has been able to grow its portfolio from USD2.6 billion to USD14.5 billion since 2003, becoming by far the largest investment fund in Jordan and among the biggest in the region. A total of 55% of this growth came from contribution of pensioners, and 45% are attributed to investment revenue. Our investment pool is well diversified and our investments allocations include government bonds, equity, and real estate, and to a limited lesser extent, loans. SSIF sought to tap the untapped market by being a long-term investor, differentiating itself from the private sector. We are among the first to directly invest into local tourism by owning a chain of four- and five-star hotels. The private sector has followed our lead. We also pioneered renewable energy investments by investing into smaller energy subsidiaries, thus creating a stream of passive income. Due to the economic slowdown, we are currently keen to focus on infrastructure investments. SSIF has established two development zones in the north, Irbid, and in the north east, Mafraq, in order to balance out the geographical growth in the entire geography of Jordan and not to limit it to the capital, Amman. Around 98% of our investments are in Jordan, which creates a challenge as we are affected by the economic slowdown. In 2018, SSIF established a fully owned financial leasing company to finance major local infrastructure projects.

OMAR ALWIR The initial commitment of shareholders to the Saudi Jordanian Investment Fund is USD3 billion, to be invested according to our approved investment strategy and in compliance with the Jordan Investment Fund Law number 16 for 2016. Uniquely for a company of our size, there is no specific investment period. The shareholders are committed to investing in Jordan and deploying capital according to clear criteria. Our goals are to make commercial returns, make a sustainable impact in what we do and that provides new capital and an impetus for growth for the economy, and make sure everything we do is in line with the outlook of the Saudi Public Investment Fund (PIF), our main shareholder, and, by association, Vision 2030 in Saudi Arabia. As far as they are concerned, we are looking at projects as quickly as possible that tick those three boxes and are in line with our main objective of investing in infrastructure and in key sectors of economic activity in Jordan.

How else is SSIF looking to advance knowledge exchange?

KS Our financial investment experience has accumulated over the last 15 years, and it is largely focused on the Jordanian economy. Since we are a success story for the economy, we can always benefit from knowledge transfer. Currently, we are trying to further build relationships with other countries and exchange ideas. We have learned a great deal from past experiences; for example, 10 years ago 63% of our portfolio was in the stock market, which was negatively influenced by the 2008 financial crisis. We learned not to diversify the portfolio, but rather keep part of it liquid. Another relevant example is jointly working with the government to design a 15-year treasury bond with a high return, which was mutually beneficial to SSIF and the government of Jordan. All these shared benefits come due to our extensive experience. Furthermore, we can easily partner with the private sector since we are a semi-government institution.

How are SJIF and its partners involved in supporting the SME ecosystem in Jordan?

OA There are a number of new initiatives to support SMEs in Jordan, both on the equity and debt side. The impetus for most of these initiatives has been the Central Bank of Jordan and the leadership of the governor has been instrumental in the establishment of such initiatives. Two of these initiatives, the USD180-million SME Investment Fund, funded by many Jordanian banks, and the USD98-million Innovative Startups and SMEs Fund (ISSF), established by the Central Bank and the World Bank, are making significant contributions to bolstering growth, job creation, and innovation. I am heartened by these initiatives and think there is more than can be done still. This is a key reason that we are looking at supporting the technology ecosystem, a key driver of economic growth, through investing in both early-, as well as late-stage companies. We have fantastic people with great ideas and companies coming up in Jordan, and we want to support them. There are also companies that have been around for 10-15 years that are making money but have hit a brick wall and need to go to the next level, with the ultimate goal of being involved in the success of the next big technology champion. We want to participate in those processes and believe the sector is well primed.