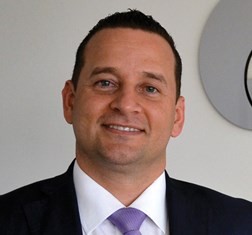 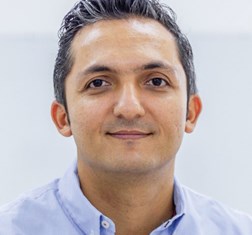 Share on:
The city of Pereira has built public-private partnerships to attract international investment across multiple sectors.

Pereira has seen 8% YoY growth in the number of new business created. How have these figures been achieved?
JUAN PABLO GALLO In 2018, Pereira was one of the two cities in Colombia with the lowest unemployment rates. Pereira also has the lowest level of extreme poverty in terms of Colombia cities and the highest position on the GINI index. We are the most egalitarian city in Colombia, which we are extremely pleased with. There is no a single factor behind our success. Our citizens believe in us and make their tax payments in a timely fashion. That has been an important factor, giving us more resources to increase public spending.

JORGE IVÁN RAMÍREZ We work hard to move companies out of the informal sector. We have an alliance with the mayor of Pereira, and in 2018 we visited 20,000 businesses to ensure they are registered and are in compliance with all the regulations. In 2010, around 19% of companies in the city were informal, and as of early 2019 it is 7%. Those are extremely low figures compared to other cities. Additionally, we have a strong entrepreneurship program.

How does the city work with the private sector to foster growth?
JPG We have been able to do that due to the high levels of confidence we have been able to inspire. We are building public works, though at extremely high transparency levels. In 2018, Fundacion Corona ranked Colombia as the most transparent city in terms of perception. The Antioquia office of the Colombian Chamber of Infrastructure named Pereira the best city in terms of contractual practices.

The success rate of companies in Pereira is extremely high. What factors contribute to that?
JIR Today, Pereira is the easiest city in Colombia to start a business in. A key factor is that in Pereira, it is easy to reach out to public sector high-ranking officials, which is beneficial to business leaders. Second, Pereira has the most universities in the coffee region. We have grown significantly in terms of educating the people from Risaralda to produce a highly skilled labor force.

JPG We are in the process of developing new infrastructure in order to be more competitive in the tourism area. We have excellent highways and are well linked to cities like Armenia and Manizales. We are also building a new terminal at the airport, as well as extending the runway and updating the control tower. The airport has direct flights to Miami, New York, and Panama. More than 75% of the visitors to the region pass through our airport. We are one of the best places for bird watching in the entire planet, which, in addition to our unique coffee growing landscape, makes Pereira one of the most important areas for the Colombian tourism industry.

How does the chamber work with other sectors to promote the city?
JIR It has been a constant learning process. Crises allow cities to reinvent themselves. Pereira had a crisis after an earthquake hit the coffee region, and we went through a second recession in 2008. The turning point was 2009, when the government realized it was time to diversify from coffee. Pereira realized it could be a logistics hub not just within Colombia, but also for overseas exports. That was when Invest in Pereira was born as a private-public agency that promotes the city worldwide.

What impact will your projects in 2019 have on the lives of the people of Pereira?
JPG Because our projects will have an impact on public spending, they will positively affect employment. The cable car project, meanwhile, will allow people living in the outskirts to benefit from the advantages in the city center. This will allow people from Pereira to commute faster and spend less money traveling around the city.

What is the importance of fostering a culture of entrepreneurship, and how can fairs like yours help?
JIR The fair is 15 years old, and we have undergone a learning process that is reflected in the low levels of unemployment in the city today, for example. Pereira has the second-lowest unemployment rate in Colombia.