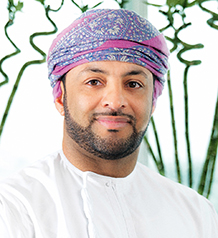 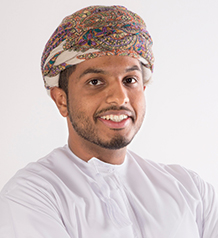 Share on:
How did the institution come to be, and what your plans are for 2017? Abdul Samad Al Maskari After 17 years at Almadina Investment, I decided to start a new […]

How did the institution come to be, and what your plans are for 2017?

Abdul Samad Al Maskari After 17 years at Almadina Investment, I decided to start a new company. I was involved in Tanfeedh and leading the financial aspect of structuring new products for the economy. I am leading certain areas right now with the government, out of which came the idea for Nawa Investment. Together with the CEO and Managing Director at Nawa International, we built Nawa Investment. Nawa Investment is specifically focused on fund management. We hope to add value to the country, as we plan to introduce REITs to the market.

Qais Al Kharusi The relationship between the Sultanate of Oman and the sultanate of Brunei Darussalam goes back decades. In 2009, the two governments created a joint venture that would be a vehicle for investment in private equity across various sectors of the economy in Oman, the GCC, and Brunei. Since our inception, most of our focus has been in Oman; having said that, we have used Oman as a base in some of our portfolio companies to expand both regionally and globally. The two shareholders are the State General Reserve Fund (SGRF), which owns 50% of the capital, and the Brunei Investment Agency (BIA), which is the SGRF’s counterpart in Brunei.

Which sectors in Oman do you expect to see growth in?

ASAM REITs have enormous influence worldwide. If we take the US as an example, REITs have a market gap of USD1 trillion. In NAFTA, it is over USD1 trillion. There are over 250 listed REITs in the US market owning USD3 trillion of assets. In 2015, it distributed about USD718 billion. In Japan, it represents 0.3% of GDP, which is JPY6 trillion (USD 53.22 billion), and provided 88,000 direct jobs in 2014. In France, it provides 136,000 direct jobs. In general, we can conclude that it is a major instrument. In Oman, there is room for more than 20 REITs, and we will introduce class-A assets either to be rented or sold.

QAK The aviation sector is a key enabler for the economy. It is clear that the government is working to boost the aviation sector further. The typical trend witnessed in economies—including Oman’s—is to move toward privatization; however, through the government share repurchase program of OmanAir reflect the vitality of this sector to the country and the interest of the government in making sure the sector is successful. We have also seen recently another local airline—Salam Air—come on line, which reflects the potential in this area. We hope we can continue to play a key role in aviation through the leasing company and hopefully also provide a medium for the general public to participate in this growth.

In regard to Omanization, what is the current percentage for investment firms and what are you doing for foreign labor visas?

ASAM For investment firms, the number of Omani employees is about 94%, which is high. But for some specific professionals there is an issue. We can hire Omanis in administration and accounting; however, if we want an experienced corporate finance Omani it is going to be a big challenge. On the other hand, an expatriate has to add value to the company and the economy or s/he will be expensive and unnecessary. What is the point in spending OMR2,000-3,000 on an expatriate when we can pay an Omani one-third of that? We have had examples of expatriates coming who are not as good as Omanis.

How does Tanfeedh shape the type of investments you look for and help in the development of the local economy?

QAK We try not to crowd out private sector players in mature sectors where a substantial amount of capital has already been allocated. We try to look more towards new or emerging sectors that are strategic for the country as a whole, which is also what Tanfeedh aims to do. We seek to lead in some of the sectors that are not as developed as others. For example, the hospital we are investing in will be a key private hospital in Oman, complementing the growing healthcare platform in the Sultanate. Another example is the aircraft leasing company that we established in 2014, which is the first project of its type in Oman.