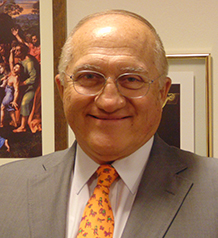 Share on:
How would you characterize the role that CENTRUM Católica has played in transforming business education in Peru? CENTRUM Católica changed the sector when it was established in 2000. The first […]

How would you characterize the role that CENTRUM Católica has played in transforming business education in Peru?

CENTRUM Católica changed the sector when it was established in 2000. The first business school in Peru, ESAN, was created in 1963. Until 2000, the business education offering was conservative. At the end of 1999, the directorate of the Pontificia Universidad Católica, the leading university in Peru, decided to create a business school. Doors opened on January 1, 2000, in conjunction with the turn of the century. This implied a disruptive change to the industry; double-degree and bilingual programs that involved travelling to Europe. The campus was built in 2000, within six months. We signed agreements with several universities: Tulane University and Boston College in the US, Maastricht School of Management in the Netherlands, and the EADA and the IE Business School in Spain. We modernized this sector, which benefitted Peru, creating in its wake a new generation of business leaders. Today, we have a campus in Lima and programs in nine cities in Peru. We are present in Bogotá, Medellí­n, and Quito. We also offer an online program available worldwide. CENTRUM Católica is the only organization in Latin America offering massive open online courses (MOOCs). Our school is creating the leaders that Peru and the region need. Our influence is region wide. We are the only school holding the Triple Crown in Peru, namely three key accreditations: AACSB international from the US; Equis from EFMD, the European Foundation for Management and Development; and AMBA, the Association of MBAs and DBAs of the UK. This is unusual for a business school. There are seven such institutions in Latin America and 57 throughout the world, from which, less than 1% are Triple Crown. This means that we are peer-reviewed and audited. We are the only institution in Latin America to make it into the Financial Times’ list of 100 best executive MBAs. CENTRUM Católica ranks number 52.

How did you achieve such high standards so quickly?

We should credit five factors for our rapid success. The first is that we belong to the best university in Peru, which has existed for a century, and we are recognized as part of it. Secondly, all our programs are international. There is no program in which students do not travel abroad as part of their studies, and all programs lead to double diplomas. Thirdly, we have an outstanding faculty. Professors come from different parts of the world, such as India, the US, and Honduras. Fourthly, we have a state-of-the-art campus, and possibly the best to be found in Latin America. Finally is the degree of autonomy that I have at my disposal. I am free of the bureaucracy frequently found in a university system, where decisions must clear the provost, vice rector, and president. We are providing Doctors to Peru and to the region, publishing in the best journals, and moving other universities to do research as well.

Does research play an important role in contributing to teaching?

The idea of research is to actualize classroom learning, to bring in new ideas, new models, and new ways of working. Business Administration is a constantly evolving practice. Research keeps training current. For example, we have spent almost 10 years studying leadership. At the beginning of MBA programs, we deliver a questionnaire about leadership, emotional intelligence, critical thinking, and personality to the students. The same questionnaire is delivered by the end of the program in order to see to what extent has the MBA changed them.