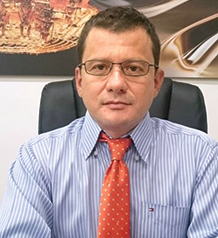 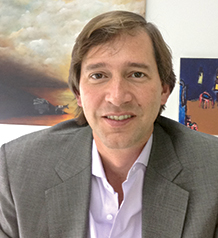 Share on:
While much attention is paid to the recent decline in commodity prices, Colombian mining and other extractive companies are remarkably well prepared to weather current conditions thanks to low operating costs and ability to operate at low margins.

What is the current state of your operations and the sector in general?

Fabian Dario Llano While gold is a widely purchased commodity, we used to have to choose whom we would sell to for legal reasons. We develop stable relationships with our customers, and with the recent crisis, the demand for gold rose as many became reluctant to invest in bonds or equities; yet we are prohibited from selling the commodity as desired. We face strict regulations in Colombia, requiring us to submit monthly reports, and to report our sales to regulators, which means that we scrutinize our customers closely. In Colombia we have two variables, which are the price per ounce, and the dollar. The current price per ounce has decreased, but the peso fell from 1,800 to 2,400 to the dollar in 2014, which caused the gold price to rise nationwide. Mine earnings are up by 20% thanks to dollar fluctuations. Meprecol commercializes gold, so the price does not affect us as much because we have a commission business. On the other hand, I expect a decrease in the next year due to the new regulations. But whenever companies start acclimatizing to a decrease in the sector, it starts growing again. Thus in the short-term, the sector will decrease, although in the medium-term it will resume an ascent.

Eduardo Jaramillo Cuervo We are highly dependent on the industry, which ostensibly concerns plastics for consumer goods and pipes. We are heading into glass for construction. If local industries do not consolidate and strengthen sustaining investment would be a challenge. You cannot invest in a country where the industry your business depends on is declining. With the decline of the peso, it is likely these industries will increase production. In the end, everyone is against the US dollar, which is tough competition. Minerals are entering the market from Spain and Turkey that we need to compete against, although the pipe industry has no issues with imports being a local market. The prices of raw materials for plastics should be down currently. If the price of PVC declines, you are not so relevant to the formulation. And if the price of oil continues to decline, there would be scarce incentive to keep introducing your products.

What have been the key legislative changes in the mining sector?

FL Mining has been active in Colombia since the days of Simon Bolivar, and the first regulations were introduced along with early mining projects, with some of the codes intended to be permanent. Yet over time legislation became anachronistic, and reforms were necessary. Mining requires legislation, state sponsorship, and a serious program that can remain in place for at least ten years. Yet the projects that we undertake are characterized by legal uncertainty. There have been so many sudden legislative changes that investors have become wary. There must be serious and clear norms for all of those involved, which means unifying information and above all, legal certainty and political will. One of the recent legislative changes, Case 214, was particularly interesting. The change barred sudden regulatory amendments in the sector that would have an abrupt impact on miners. Colombia is adapting, but we are adapting in a climate of limited legal certainty and political will.

What are the main segments you want to develop at the moment?

EC For oil and gas, the minerals needed are sand, calcium carbonate, and barites. We are traditionally very strong in calcium in Colombia. It is the most present mineral in the country, and it is used in almost everything from toothpaste to anti-acids and food, among others. While producing the product, one can also specialize in the high value segments. These industrial minerals are commodities because of the price, but the commodities are negotiated on the stock exchange. The positive regarding these minerals is that we are limited in sources and destinations. This provides us with the opportunity to add value through innovation.