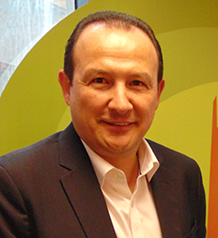 With over 21 years of experience in management positions, Fernando del Rí­o graduated from San Antonio College in 1989. He was Sales Manager for Johnson & Son in 1995 and Sales Director for 20th Century Fox in 2005. He entered Grupo Famosa as Director General for the Americas in 2011 and became International General Manager in 2015.

Share on:
TBY talks to Fernando Del Rí­o, International General Manager of Grupo Famosa, on how the toy market has developed and how the group has tackled expansion into over 50 countries.

What first attracted Famosa Group to Mexico in 2010?

The company was founded in Spain in 1957, and Fábricas Agrupadas de Muñecas de Onil, S.A. (FAMOSA) was born from the alliance of a number of toymakers in Toy Valley, Alicante. More than 50 years later, we remain Spain’s premiere toy manufacturer, leading the industry in Spain and Portugal and firmly establishing ourselves in more than 50 countries, including France, Italy, Mexico, and the US. In Mexico, we had solid numbers with our distributors but importing bulky products from Spain was expensive due to transportation costs and considering that the potential business in the US and Mexico was huge, we decided to open a factory in Monterrey. We saw this not only as a base to expand in Mexico, but as a way to reach the US market.

How much of your production in Mexico is for export?

About 30% of the volume manufactured in Mexico is currently exported. The problem that we have been facing is that we do not have enough capacity, which is a good problem to have. The factory has more than doubled in volume over the last two years. We are evaluating other possibilities for investments or partnerships that can help us meet the needs of the Mexican and North American markets.

Has the rise in computer games and new devices for kids changed your approach to product development?

The time kids spend playing is now shared with TV and computer games, so this is changing the way the toy industry moves, as more products now have to be made around other forms of entertainment. That is why at Famosa we are developing a new TV series, “PINY” and “Mutant Busters,” which will be launched in 2016 accompanied by apps that kids can play after watching the series. There will also be licensed products such as clothes, bedding, school supplies, and of course a complete toy line. Famosa will continue creating products that foster children’s imagination.

What is the importance of your facility for Nuevo León?

We have more than 120 employees there. We are located in Parque Industrial Kalos in Apodaca, where we have been working closely with the community. We try to ensure that most of our employees live around the area and we work constantly with the authorities to ensure they know we are investing and creating jobs in the region. Apodaca was ranked the happiest city in Mexico last year, and we believe that Famosa had a part to play in it.

Has the government been supportive in terms of setting up your operation there?

Since we opened the factory, we have been growing without any issues. Our decision was to create more jobs in an easy way where we can react faster, because in this industry you have to take the momentum and for that we need to react quickly. Flexibility has been one of the strengths for setting up the business here. The industry in Mexico is developed and the country has the talent to manufacture what we need

What are your goals for the near future as International General Manager?

My objective for the next two to three years is to develop our subsidiaries and grow in new markets. Our expansion plans are going in the right direction. The idea is to develop products, keeping in mind that they must have an international appeal. We must be able to launch products that can be equally successful, in Russia, Brazil, Mexico, or Spain. We need a truly international marketing team that fully understands and gathers feedback from all the countries in which we are present.