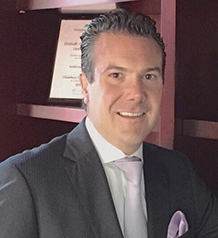 What is the actual impact of the reforms on the investment environment?

The reforms have already proven to be a success. They have definitely brought in more foreign investment. After the constitutional and primary laws reforms were made and secondary laws enacted, Mexico has started the process of inviting foreign investment in key sectors, such as oil, gas, and electricity that in the past were prohibited or limited to foreign capital. For example, the first, of several, important public bids will take place shortly. As called by the Mexican government Round 1, this first bidding process allows foreign investors to participate in the exploration and extraction of hydrocarbons in shallow waters via public-private partnership (PPP) agreements, through either profit sharing, production sharing, licenses, or the combination of the three. The estimated investment for Round 1 is $12.6 billion for 2015 and of $50.5 billion for the period comprised between 2015 and 2018. Although we cannot assert that the expected investment will come exclusively from abroad, I am not shy to say that at least 75% is expected to come from foreign players. In addition to the hydrocarbons industries, foreign companies from other sectors are seriously investing in our country. For starters, we have the automobile segment that although not directly linked to the opening of previously restricted areas, Mexico’s ambiance of politic and economic stability, and the strategic location and tax benefits has convinced major players to invest in the country. Hard data states that from 2012 to 2015 Mexico has received more than $20 billion of direct investment from this sector. Companies from Europe, Asia, and the US have directly invested an average of $1 billion each in the opening of new manufacturing facilities at a wide range of Mexican states. It is expected that in this industry, Mexico will produce approximately 5 million units annually by 2020. In addition, we have to consider the secondary industries that each of such manufacturing facilities bring to each region. It is estimated investments rounding $1 billion annually in industries that support the manufacturing of automobiles. In the energy sector, specifically in electricity, the Federal Electricity Commission recently announced the opening of public bids in an amount close to $10 billion in key sectors ranging from gas ducts to electricity producing facilities. This sector is certain of receiving a large amount of FDI.

The labor reform was passed in late 2012 and the fiscal was approved last year. To what degree will these new regulatory changes make Mexico a more attractive country for investment?

Referring to the labor law reforms, the main topic aimed toward foreign investment is the removal of several provisions that were too protective of the employee. However, we need to clarify that although these reforms had as goal to remove the protectionist nature of labor law in Mexico, employees remain well protected and with benefits complying with international law and treaties. The reforms were brought about as a consequence of a more corporate friendly law with an easier process to hire employees. From the fiscal standpoint, the reforms ensured investors have a certainty in Mexico’s economic stability. With a reform aimed toward more tax collection, but also less divestitures from the government, public finances are responsible and stable. Although there were some limitations regarding deductibles and the income tax rate remained at 30%, some taxes were removed such as the corporate flat tax and the cash deposit tax. Notwithstanding there are certain issues that were incorporated in the reform that need to be changed, as the same directly impact on the private sector ability to deduct certain labor obligations as a legitimate business expenditure. Failure to do this will reduce the benefits of the fiscal reform.