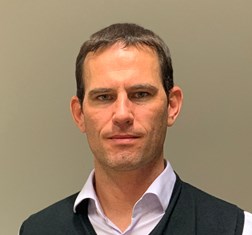 Jack of All Trades

Esteban Adolfo Trouet graduated in 1999 as a civil engineer from the Catholic University of Córdoba. In 2004, he earned an MBA with a focus on project management from the Getúlio Vargas Foundation in Sao Paulo, Brazil. He worked for about 10 years on the construction of several infrastructure projects around Latin America. In 2018, after the restructuration of Odebrecht Engineer and Construction, he was selected to be the Regional Director of Odebrecht EMEA.

Share on:
With all types of infrastructure projects under its belt, Odebrecht is focused on winning future public tenders in Portugal and competing with China's stake in construction sectors across Africa.

Could you elaborate on the performance and main highlights of the company?

Odebrecht’s successful trajectory in Portugal started in 1989, when it acquired Bento Pedroso Construçíµes. Since the 1990s, when Portugal was experiencing a boom in terms of infrastructure development, we have been involved in the construction of landmarks such as the Vasco Da Gama Bridge, the Gare do Oriente Station, nearly 500km of roads and highways, approximately 10km of metro lines, several underground stations in Lisbon and Porto, and 150km of railways, as well as important hydroelectric power projects, such as Alqueva Dam, one of the biggest dams in the Iberian Peninsula that created the largest artificial lake in Europe and an irrigation network covering 110,000ha, and the Baixo Sabor Dam, an iconic project recognized not only for its engineering and design, but also for Odebrecht’s efforts in terms of sustainability and preserving important archeological findings. Since its foundation, Odebrecht has worked on several other projects, including industrial infrastructures, water and sewage treatment plants, and airports.

How would you evaluate Portugal’s performance among the group’s portfolio?

Apart from its successful trajectory, our operation in Portugal represents an intangible asset in terms of providing highly qualified human resources for Odebrecht’s operations in other countries. Over the last 20 years, engineers, managers, and people with different qualifications have been assigned to projects in the Middle East, Africa, and Latin America. The professional capabilities of Portuguese people aligned with their adaptability to different environments and conditions make them indispensable resources to the company’s global operations.

What projects are you currently working on, and do you have anything in the pipeline?

Except for the Baixo Sabor Dam and Baixo Tejo Highway, which are still under the period of guarantee, and, therefore, require a certain level of activity, we are 100% concentrated on competing in the new public tenders to be launched in Portugal, such as those for the construction of metro projects in Lisbon and Porto. Due to the technical challenges inherent to such projects, we believe that Odebrecht, a world leader in metro and tunnels excavation works, possesses the required experience and expertise to submit competitive technical and commercial proposals.

What is your strategy to maintain your high quality of human talent?

We seek to conquer new construction projects, either in Portugal, where our focus is on public tenders, or Africa, where we maintain permanent offices in four countries—Ghana, Mozambique, Angola, and South Africa—and are highly active in terms of business development and assessing opportunities in new markets such as Zambia, Tanzania, and countries belonging to Southern African Development Community (SADC). If we are successful in our business development efforts, the Portuguese workforce will play a pivotal role in the execution of future projects.

What are your main goals and priorities for 2019?

The main goal is definitively to win new construction projects in Portugal and Africa. The quest for backlog is a constant challenge to a contractor. Particularly in relation to Africa, our plan is to consolidate our operation in East Africa, in countries such as Ethiopia, Kenya, Uganda, and Tanzania, where the construction sector has been growing at a steady rate of more than 7% a year over the last decade or so. In order to compete with Chinese companies, whose stake in construction sectors across Africa reaches more than 60%, establishing a local and effective presence across the region is of paramount importance.