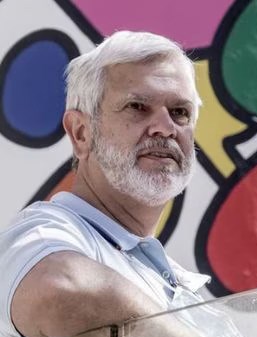 Jaime España Guasp graduated in business studies from ICADE. He worked in an auditing company and as a civil servant of the regional government, combining it with the management and direction of hotels with his brother. In 2016, after the division of assets between the two brothers, he took over the management of Hotel Artmadams and its transformation.

Share on:
“We have asked our clients why they come to this hotel, and they say it is not simply because of the façade, but the concept to be found within.“

Hotel Artmadams uniquely combines culture and accommodation. How did you come up with the idea, and what is its value for the island’s cultural tourism offering?

My family had already owned hotels, and in 1997 we bought the building where Hotel Artmadams currently stands. It was a two-star hotel that we refurbished and transformed into a four-star establishment, which we opened in July 2020. Since then, the hotel’s frontage has been painted in with an artistic mural. Believing in the great potential of Mallorca as a tourism destination, we decided to embark on a refurbishment of the building and bet ambitiously on making the hotel a cultural hub in and of itself. Since the building already contained a considerable art collection, we thought that the hotel’s façade should reflect this as well. The internationally recognized Majorcan painter José Luis Meza was thus assigned this task of making our façade a work of art. The hotel today has considerable artistic appeal, positioning itself as a cultural and artistic center within the city of Palma. It is a building that embellishes and brings joy to its neighborhood.

How would you assess Hotel Artmadams’ tourism offering, and what type of tourist has shown the greatest interest so far?

Indeed, we have asked our clients why they come to this hotel, and they say it is not simply because of the façade, but the concept to be found within. There has been an element of risk in our changes, where for example, we have removed a pool and rebuilt it on upper floors. The vacant space has become a showroom for potential exhibitions of local island artists. The plan is to have a new periodic art exposition of different artists. A multipurpose room on the seventh floor and a pool on the eighth floor will also be available for tourists and visitors alike. We are providing an opportunity for all tourists, international and national, to discover the contemporary art of Mallorca. Visiting nationals have included Scandinavians, Americans, and Brazilians. We have also accommodated business tourists from the peninsula. We also work with the principal theater of our city, the Auditorium of Palma, and have hosted many of its guests, who prefer an artistic ambience.

What is the potential for cultural tourism in Mallorca?

Hotel Artmadams is but a modest step in creating the cultural tourism scene of Mallorca, as there are many areas of potential. In that regard, we have the example of other coastal cities in Spain that have done a great job in nurturing their cultural scenes, such as Málaga and Valencia, not to mention the extraordinary case of Barcelona. In order to do that, Palma is well positioned to become a cultural hotspot finding synergies with other creative industries such as design, which is already greatly developed in the island. Palma boasts a beautiful cathedral by the sea and a wide range of museums to which we could add additional offerings to make our island a more compelling cultural destination.