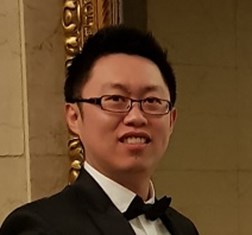 Jason Pok Hooi Loong is CEO and Director of Attarat Power Company PSC. He graduated with a First Class Honours Bachelor Degree in Electrical & Electronics Engineering and a Master’s Degree in Electrical Engineering from University Tenaga Nasional, Malaysia. He has been with YTL Power since 2007 doing business development, greenfield bid submission and merger & acquisition work. He was part of the YTL Power team involved in the USD2.70 billion acquisition of PowerSeraya – a 3,100MW multi-utility business in 2009. In March 2013 he was seconded to the joint venture company, Enefit Jordan BV as Commercial Manager working closely with the project management team in Estonia to develop the project. He has been CEO of Attarat Power Company, Attarat Mining Company and Attarat Operation & Maintenance Company since March 16, 2017.

Share on:
“Jordan’s oil shale is relatively easy to extract and abundant.“

Can you give us a brief overview of APCO and its project?

Attarat Power Company (APCO) is constructing the first oil shale mine mouth power plant in the Hashemite Kingdom of Jordan. Located at Attarat um Ghudran, around 110km south-east of Amman, the Project will be the first to commercially utilize Jordan’s abundant oil shale reserves and will significantly reduce Jordan’s reliance on imported oil and gas. As a country with over 30 billion tons of oil shale, Jordan has one of the largest reserves in the world. APCO, the project company, is 45% owned by YTL Power from Malaysia; 45% by Yudean International, a Chinese state-owned company; and 10% by Enefit, an Estonian state-owned energy company. We have been working on this project since 2006. This project used to have two distinct aspects: oil extraction and power generation. The project started with the oil extraction project after Enefit won the tender and signed a concession agreement with the Government of Jordan. Enefit invited the Jordanian authorities to visit Estonia, the Jordanian saw that Estonians also using oil shale to generate electricity. As electricity is more critical for Jordan, we have carved out a piece of land to develop the power project. We started drilling to gain a better understanding of the resources and applied for the necessary permits and licenses to start the construction of power plant. After negotiations regarding the tariffs and ran the EPC contract tender, we signed the final agreements in October 2014. Then, we had to take care of financing, which was very challenging as the project requires over USD1.6 billion in debt financing, which is above all financing for all IPP projects in Jordan. We attracted Chinese lenders to finance the project as we are using a Chinese EPC contractor. We also had support from the governments of Jordan, China, Malaysia, and Estonia to put this project together. Finally, we started construction in March 2017, and two units of the power plant will hopefully be ready by end of 2020. The total capacity will be 554MW (gross).

How did you bring the Chinese investors onboard, and what makes this project strategic for bilateral relations?

This is an extremely strategic project for Jordan and is also the first time that an oil shale project has been project financed. In other countries, oil shale projects are using corporate financing. We convinced Chinese banks that this is a strategic project for Jordan and had to negotiate with the Jordanian government to facilitate the incentives and protection to this investment. Moreover, 95% of Jordan’s power generation depends on imported fuels, which is worrisome in a turbulent region. However, Jordan has an abundance of oil shale resources that have yet to be exploited. The Chinese side wanted to support the Chinese contractor and the equity partner within the framework of the One Belt One Road initiative. There were many challenges, as banks tend to scrutinize a project before financing; however, this project received favorable assessments from technical advisors, insurance advisors, and finance advisors.

With one of the largest oil shale reserves in the world, what is the potential in this, and what could it mean for Jordan?

Oil shale can be used locally in Jordan because, unlike Estonia’s, Jordan’s oil shale is relatively easy to extract and abundant. Once we kick start this project, the financing of future oil shale projects will be easier. When we wanted to start, there was no proof that we could succeed, and we had to work hard to convince the lenders about the viability of the project. Jordan’s shale has unique characteristics, and it had to be analyzed and tested by boiler manufacturer. Future projects, however, will have precedence.

What role do innovative technologies and sustainability play at APCO?

We use proven technologies that are previously executed in Estonia. We use Estonia as a model because it has worked on oil shale for over 100 years. We have adopted the circulating fluidized bed (CFB) technology, which is suitable for the combustion of low calorific value fuels such as oil shale. This technology has been in use since 2004 and has proven to be reliable and has reduced levels of CO2 emission in Estonia. Given Jordan’s climate and the scarcity of water in this location, we have also minimized the usage of water by implementing air-cooled condensers. Power plants in other regions in Jordan are provided with water and fuel; however, we are in the desert and need to drill our own wells, extract our own oil shale, and develop our own infrastructure. In addition to being mindful of our water consumption and CO2 emission, we also engage the local community actively.

What will be the next step for APCO?

At this stage, the main focus of the company is to get the plant operational and make sure we will finish on time and within the budget. Moreover, it is important to foster a solid relationship with the local community. Other projects in Jordan have made mistakes in this regard, and we have learned from their experiences. Not only do we employ the local population and train them, but we also let them add value to the project. Currently, we are in the construction phase, and we have about 2,000 people working on site. We have also created many indirect jobs throughout the supply chain including in cement, steel, petrol, and diesel fuel. We have hired over 700 Jordanians, 200 of whom are from the local community. Even though we are here as foreign contractors, we are keen to recruit from the local labor force. Once the power plant becomes operational, we will have 500-800 people working onsite for the power plant and oil shale extraction.

This project is particularly challenging, as we are working in the desert and have to support a few thousand people working there. We will reach the peak of construction soon and look forward to the exciting moment, in early 2019, when we reach the oil shale layer. It will be a historic moment for Jordan, because it will be the first oil shale mine in the country. The energy sector in Jordan is exciting, and more renewable energy projects are coming up, which is great for the country. However, renewable energies cannot be stored for later use. As such, national grid management will become tricky, and there will be a need for base load plants to strike a balance in the national grid. There is some uncertainty regarding the political system, and many factors that can influence this project. For Jordan, this project will boost investments, create jobs, and kick start the oil shale industry. So far, the project has progressed as scheduled, which is a major feat given its massive scale. With an investment of USD2.1 billion, it is the biggest investment in the country’s energy sector. Upon its completion, the power plant will be the second-largest oil shale-fueled power plant in the world and it will have the biggest mine in Jordan.