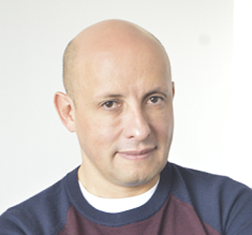 Javier López has a long career trajectory in the market research industry. He specializes in innovation, advisory, market analysis, advertising research, brand equity, public opinion and market research in general. López has been Ipsos CEO in Mexico for over 13 years.

Share on:
“Ipsos is the largest market research company in Mexico and the third largest in the world.“

Why should countries be concerned about how they are perceived as a brand?

Perception is a reality in any product or service. Generating loyalty can take years of work, while destroying a good image can take just seconds. The brand of a country matters. In fact, when the brand perception of a country changes, it has an impact on investment, business retention, etc., as well as determining whether companies can continue to develop projects in the area. We conduct studies for both government and private organizations to measure the impact of Mexico, as a brand, and thus as an entity in the world. When Mexico is perceived as a transformative and innovative economy, it reflects on the spirit of doing business and on that of entrepreneurs, investors and employees. Mexico is a country that is sensitive both to change and to the emotional impact when perceived as not being on the right track. For example, our indicators consistently show that Mexicans tend to be happy and optimistic: Mexicans’ expectations are always higher than the world’s average regardless of the problems that exist in the country. However, it takes more than just good intentions to solve Mexico’s problems. In fact, it is necessary to lay some foundations and be realistic as it is rather naive as a country considering the economic conditions that is competing in. The Mexico brand goes beyond a tourist and investment destination. This subject must arouse passion if someone wants to invest in or come to this country. Therefore, we conduct a study to see what the first thing is that comes to people’s mind when talking about Mexico. This is a worldwide study, whose results—regarding perception—in places like Asia, the Middle East or Latin America tend to be positive, while in Mexico tends to be negative, since it is related to crime and the external perception, which ultimately impacts on investors’ opinion. Despite the good perception towards tourism, food and the Mexican friendliness, we have to do something, as a country, to reverse the negative image that is affecting business investments.

Why is Mexican openness to innovation one of the country’s biggest added values?

The great advantage of Mexico, as a market, is that Mexicans are open to innovation. They are keen to consume and try new things, which makes it an easy market to launch new products and services. For example, Mexico, which used to be one of the countries with the lowest smartphone penetration, is nowadays one with highest penetration levels. Another example, for many years, we were a country where internet penetration was low, but its levels suddenly went up. As a result, there are several signs that indicate that this is an avid market of technology and innovation; however, it is also a market where more than 56% of people live in poverty. Much is missing to generate the consumption capacity that would make Mexico a world power. Mexican consumers were once much less demanding in terms of their satisfaction level, but today Mexicans demand greater quality in products and services. An example of that is that regarding technology and physical products, quality is important. Moreover, the penetration of social networks is one of the highest in the world. We are one of the most important markets for Facebook, YouTube, and Uber. No wonder why mobility companies, such as Didi, have arrived to Mexico. The Mexican economy used to be a very closed one, but even then, people avidly consumed American goods. Yet despite its proximity to the largest market in the world, access to those products was complex and contraband was rife. However, borders were opened even before the global era and Mexico became one of the countries with the highest commercial openness and with the largest number of Free Trade Agreements (FTAs) in the world, ratifying treaties with the US and Canada. Although there is clear demand in the country to eliminate poverty, social dynamics demand that services have a rapid entry into Mexico instead. For example, people can be poor, use the public transport and still have smartphones. In other words, they are willing to make those expenses to store their music instead of buying pirated records. On the other hand, the dynamics of younger generations make these physical borders disappear because they like the same music, have access to the same demands, see the same content on the Internet and have access to the same information, even if they have different living conditions. Mexico is not a buoyant country but an emerging one with a critical base for this type of product that allows people to keep growing.

How is technology transforming the way market research is done?

Some years ago, it used to be easy to ask consumers their opinions about a product or service through questionnaires or during 40-minute focus groups. Market research took four or five weeks to be done. Nowadays, daily dynamics make these old strategies impossible and we have to resort to new techniques to obtain information. The best non-invasive technique to obtain information is the mobile phone. Note that this does not imply asking directly but rather an examination of habits. Non-invasive research techniques are also important, since it is possible to see, hear and feel what people are doing without having to ask any question. Ipsos invested last year in a facility, called Ipsos House, which is located in Mexico City. Ipsos House is a public space in the most important avenue of the City, where users can walk through different spaces and in which various types of services and businesses are recreated in an experiential manner. Users are invited to participate and then their responses are measured. By observing a target market, we generate more information than if we directly ask for it. After a period of observation, we get real information about their modes of consumption through neuro-marketing techniques such as facial coding, implicit response, Human Behavioral Sciences, and Neuroscience. The latter is a way to generate data that can be complemented with accumulated information in social networks. Yet, the important thing is what it can be done with such information. Therefore, companies like Ipsos see that information, process it and provide a robust and thorough consulting as companies can sometimes make decisions based on false information. The new information industry depends on several factors, since it has become increasingly difficult to investigate consumers, which is why non-intrusive techniques are vital and complemented with traditional research techniques. Additionally, big data must be the only thing obtained in a general manner and needs to be analyzed and structured for its use; otherwise, there is a risk of having information without knowing how to handle it.

What projects is Ipsos collaborating in?

Ipsos is the largest market research company in Mexico and the third largest in the world. Virtually, all consumer products companies are our clients. We have a very important presence in the automotive sector, mainly regarding Brand Loyalty and Customer Satisfaction research, as well as the After Sales follow-up. This helps carmakers to obtain better data for new vehicle design. For example, since virtual reality is currently a new component in our research techniques, it can be simulated the most detailed and specific car, with which people can indicate whether they like a particular feature or not. Therefore, everything implies that research and the generation of data is transformative.