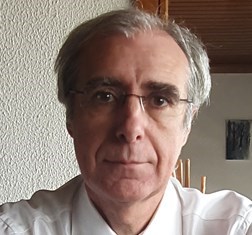 Joao Candeias was born in Lisbon in April 1970 and has worked in TAP since November 1990. He has a university degree in marketing management from the Portuguese Institute of Marketing Management (IPAM). He has worked in overseas markets since 1996, beginning in Rome, Italy, as Marketing Manager for Southern European Countries (Spain, Italy, and Greece). In 2003 was appointed as General Manager for Senegal and Guinea-Bissau, and in 2006 moved to Brazil as Sales Manager for North and Northeast of Brazil. In 2009 he moved to Venezuela as General Manager for Venezuela and the Caribbean, and by 2012 he relocated to Russia as General Manager for Russia, Ukraine, Moldova, Romania, and Bulgaria. This year, in 2021, he took on the role of General Director for Africa, based in Angola.

Share on:
“Africa is extremely important for TAP. In fact, TAP is the largest European airline flying to Africa and Brazil.“

What have been the main milestones of TAP Portugal since it arrived in Angola in 1946?

TAP Air Portugal was founded in 1945, and it began flying to Angola on December 31, 1946. Because of this, we can say that Angola was born with the company, and it also helped the company grow. Since that time, TAP has been flying to Angola uninterruptedly. Even during the independence of Angola in 1975, we continued flying to repatriate Portuguese people. This commitment shows the importance of Luanda as a destination for TAP. Since then, many things have changed; we have evolved with new planes, new crews, and a new strategy. The milestones are getting increasingly higher each time. Angola is crucial for TAP, and TAP is important for Angola as well. There are excellent relations between Angola and Portugal, which is a key factor for TAP to continue flying to the country and for Angolans to continue flying to Portugal. That achievement of maintaining solid relations is the most important milestone for TAP.

The route between Luanda and Lisbon is vital for Angola to be connected to Europe. What is the market share for flights between those destinations?

Portugal is well positioned geographically, with the advantage of flying to other countries. At present, TAP has been growing heavily in Brazil and the US, which means connecting traffic is growing as well for those countries. From Angola, the major destination for most passengers continues to be Portugal. Currently, 25% of people travelling to Angola are flying onward from Portugal, so the major traffic is going through Lisbon.

What is the importance of the African market for TAP?

Africa is extremely important for TAP. In fact, TAP is the largest European airline flying to Africa and Brazil. No other European airline flies as much as TAP. We have won several prizes in recent years for being the biggest airline flying to Africa. It is important and relevant for TAP, despite the fact that our operations have been reduced significantly. Even with such flight reductions, however, we are flying 84 flights per week across Africa. We fly to 11 countries and 18 cities in Africa. In some countries, we fly to more than one city. Even though traffic is reduced, that clearly demonstrates how important the traffic to Africa is for us.

The complete shutdown of international air traffic led to the breakdown of many airways’ companies. How has TAP dealt with the situation surrounding the COVID-19 pandemic?

This was a new situation for everyone, but we were able to adapt quickly, leading quick changes for the industry and company. We started working with people remotely and developed some new health techniques with the support of TAP medical center called UCS. We have extremely experienced medical staff in TAP. This medical unit was also quick to adapt to new aviation requirements. The same goes for our in-flight crews and ground staff. We made rapid adaptations to set protective measures in place not only for our staff, but for all our passengers. Before the pandemic, we also made a large investment in new planes. One important point is that on newer planes, all the air can be renewed within two or three minutes, allowing 100% of the cabin air to be fully recycled through HEPA filters. These systems can filter 99.9% of bacteria and viruses. We consider HEPA filters a huge competitive advantage on our planes. Furthermore, we have invested in the new Airbus Neo family of aircraft including the long-range version. We can fly with these planes from Lisbon to New York or the north of Brazil.

Are you currently flying the A321-Neo LRs to Angola?

Although the long-range planes, such as A321-Neo, can reach Angola, due to the specific traffic, the capacity of those planes is not enough. We need bigger ones for Angola, which are the A330-Neo new generation planes. Those planes also use new technology. For example, the lighting inside the planes simulates the sun rising. When people wake up, there are subtle differences in the light colors in the cabin, and the light gets brighter gradually.

One of TAP’s latest policies is to reduce carbon emissions. What other proposals have you developed for social and environmental responsibility?

During the pandemic, we transformed 2 passenger planes into cargo planes. We have a well-trained maintenance team in Portugal that was able to adapt the planes quickly in the way we needed to collaborate with medical efforts. In total, we operated 24 humanitarian flights to China, mostly with medical cargo. We brought cargo from China to Portugal and distributed it to other countries from Portugal, as well. We repatriated over 12,000 passengers during the same period, with more than 60 repatriation flights from Europe, Africa, and South America. It was a huge effort for TAP to make such repatriation flights. During this period, we also offered supplies to some countries, with more than 450,000 food items and catered food. The social responsibility of TAP is important, and this has been even more emphasized since the beginning of the pandemic. Regarding carbon emissions, we bought new planes from the Airbus Neo family, which have reduced carbon emissions by 17.5% per passenger transported. In addition, we installed sharklets on all our planes. The sharklets reduce friction in the air, allowing for less fuel consumption and, by consequence, less carbon emissions. In addition, we changed all the business class dishes to become 15% lighter, which allows for a large reduction in terms of weight for our flights. These are just some of the changes and compromises we have made that demonstrate our commitment to social responsibility.

What are your goals and expectations for TAP in Angola in 2022 and beyond?

For the moment, we are facing some governmental restrictions due to limited flights. We started flying once per week to Luanda, then we passed to two flights per week, but now we are still flying three times per week only between Lisbon and Luanda. We would like to increase the number of flights as our main goal. We hope that in 2022, the situation will be stabilized. I hope to reach the levels of traffic we saw in 2019, because so far, the volume of traffic is down by 67%. That huge negative number needs to disappear. In 2022, we may be able to reach the volume of 2019. However, a great deal needs to be done first. Before the pandemic, there were times when we were flying between nine and 14 flights per week. We are experiencing a huge change. Now that various airlines, governments, and border controls understand how to deal with the pandemic, and it is time to take the next step by allowing airline companies to fly more. 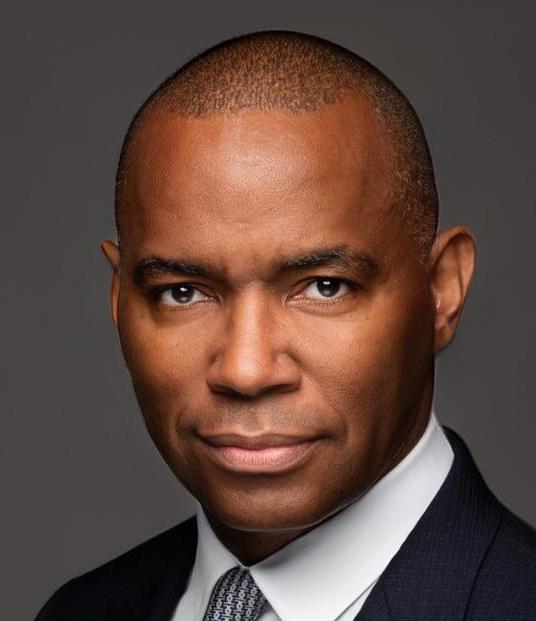 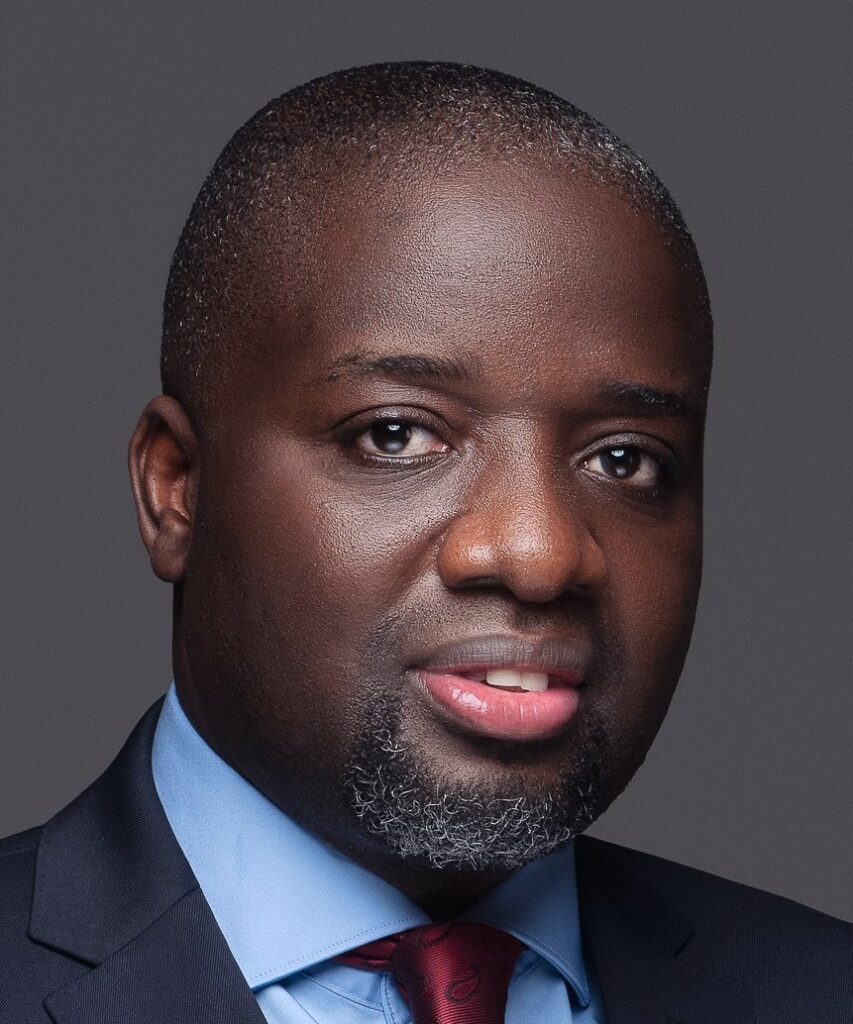 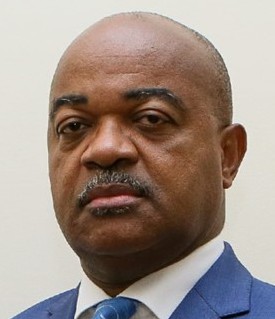