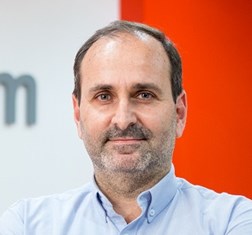 Jorge Baigorri López is an Executive with more than 15 years of international experience in general management, business development, multi-cultural team development, turnaround and integration of organizations. Worked as a General Manager, with full responsibility in Asia, Africa, Middle East and Europe. His specialties in Management experience, emerging markets, development and implementation of commercial and operational strategies, growth business plans, investment plans, turnarounds, restructuring and integration brought him to Ecuador as Holcim Ecuador CEO since 2017. Jorge has a Business Administration Bachelor of the Universidad de Oviedo and a MBA at the IESE in Spain.

Share on:
“The company has always been involved in many emblematic projects, in the last years including the Quito metro network, the bridges of Guayaquil, ports in Manabí­, and the deepwater port of Posorja.“

What were the contributing factors for the international cement producer Holcim to establish operations in Ecuador?

Holcim will turn 100 in 2021. It was an important partner since the early years and the mayor stakeholder since 1976 with the acquisition of the local company La Cemento Nacional, it arrived to develop housing and infrastructure projects. Holcim’s main cement plant in Ecuador is in Guayaquil and has total installed capacity of 4.5 million tons per year, meaning it is one of the largest factories in Latin America. This capacity is complemented by another plant in Latacunga, close to Quito that can produce additional 1 million tons. Holcim has also built 11 concrete plants scattered across the country. Our accumulated investments stand at USD1 billion, with the last investment being USD400 million to revamp our plant in 2015. On top of that, we built a separate retail network named Disensa, which has about 600 selling points through franchisees across Ecuador. We take pride in this network because of its social impact. Our franchisees were small family businesses that were committed to the goal of growing. This model started in Ecuador and has been replicated in Mexico, Colombia, and Brazil, counting hundreds of Disensa franchisees across the Latin American region. Holcim is much more than a cement and concrete provider; it is an important player in the country’s cohesion.

How has Holcim taken part in Ecuador’s large infrastructure projects, and what will be drivers for growth in the near future?

The company has always been involved in many emblematic projects, in the last years including the Quito metro network, the bridges of Guayaquil, ports in Manabí­, and the deepwater port of Posorja. This was possible thanks to our technical expertise both in Ecuador and abroad. Despite these large projects, the construction sector in general is not seeing much growth at the moment; however, we expect business to pick up as the private sector becomes more active in the economy and more foreign investment enters the country. There are talks of developing new ports, railways, roads, and even the mining industry, which requires a great deal of infrastructure, so we are confident our industry will continue to grow. Also, the government plans to implement social housing projects.

What is the role of export-driven production in the growth of Holcim’s local operations?

Holcim’s initial investments were meant to support the Ecuadorean market; however, with the increased capacity of our plant in a port city like Guayaquil that recently improved its maritime infrastructure, there is a great opportunity for us to become a regular exporter from Ecuador. With the current shipping system, we can reach many markets in the world, though the ones in Latin America are positioned as the company’s next natural steps, especially if we consider Ecuador’s plans to join the Pacific Alliance. The more integrated Ecuador is in the world, the more economies of scale can be created, and with increasingly lower operational costs, it is possible to reach even further markets.

How will Holcim align its operations with the demand for higher standards in terms of environmental protection?

As a part of Holcim’s global strategy, sustainability is a top priority, and we make clients, investors, and company workers part of our shift toward socially and environmentally minded practices. Our sustainable development strategy has four pillars—climate, water and nature, people and communities, and circular economy—within which we develop a whole range of initiatives. In Ecuador, for example, the company is in charge of managing the forest Cerro Blanco, one of the largest protected forests in the region. Separately, we have social corporate programs with communities around our operations and get them to participate in the country’s development. Another of our goals is to have 30% of the workforce be women. On top of that, the company is clear that innovation and sustainability go hand-in-hand. As a result, we are able to build roads today with reduced CO2 emissions with a neutral carbon solution. We have implemented this technology for a project in the Galápagos islands, where we have built a 41-km road that is environmentally friendly.