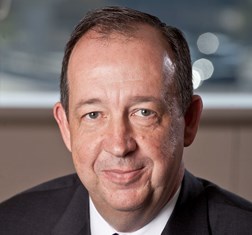 50% of Projects Outside of Spain

Jorge Miarnau Montserrat was born in Barcelona in 1961 and is an engineer of roads, canals, and ports. He has completed the General Management Program (PDG) from IESE Business School and has a Master’s in Management and Management of Construction Companies for the Agustí­n de Betancourt Foundation (Madrid). In 2003 he assumed the presidency of COMSA, and, after the 2009 incorporation of the engineering business, he become President of COMSA Corporation. Previously, he had been responsible for International Rail Business of COMSA Group, leading a process of internationalization that has placed the company among the first groups railway builders of the world.

Share on:
“With the growth that came during the 1960s, we branched into roads and buildings, harbors, and airports.“

As COMSA Corporación is celebrating its 128th anniversary this year, can you give us an overview of the history of the company?

The first generation of COMSA lived through the Spanish Civil War. My grandfather started from scratch again in the railway business in 1936. With the growth that came during the 1960s, we branched into roads and buildings, harbors, airports, and everything, really. We became a global construction company at that time while trying to maintain our railway specialty. In the 1980s, we began to venture abroad, starting our international expansion in Portugal before moving to South America. After the crisis of 2008, we merged with a company specialized in industrial engineering and focused our works on other countries. Today, our main areas are infrastructure, industrial engineering and maintenance services and we are present in more than 20 countries where we still try to maintain our railway focus. Our main business is in Brazil, Colombia, and Mexico. With the Spanish crisis, we looked abroad a lot and after the period of 2010 to 2012, we drew back a little bit and narrowed our focus more. It is better to be in fewer countries and have a stronger presence than to be in many countries doing small projects. Currently, over 50% of our work is outside of Spain. Mainly our projects are in the public sector all over the world. Only 30% of our turnover is private. Therefore, hiccups in the public sector affect us.

In 2019, your profits are forecast to rise to EUR1.299 million (USD1.4 million). What is the strategy you take to ensure this growth takes place?

We are focused on growing steadily as a result of the progressive concentration around our core businesses. We want to have the right people in place and the right procedures for the company to succeed for the long term. We are working on making a company for the future by making changes to bring younger people to the company, so that we have the next 20 to 25 years covered. We are also preparing for the new digital world and technological advances. It is clear that Spain’s market is not enough to maintain our company in railway works, meaning we will have to work all around the world. Our strategy is to focus on South America and northern Europe, where we have a strong presence. For example, we have a large company in Poland, from which we are working with Croatia, Romania, and Bulgaria. It is an interesting region with growing economies, although less stable situations, which is why it is unreliable to only focus there. We combine this focus with more mature and secure countries, such as Denmark and Sweden.

Where are you in the process of digitally transforming?

As for in the office, we have a good digitalization of processes. We do not send invoices or paper documents but rather focus on processes that are computer-driven. Then we have the main thing, which is the construction business. It is hard to bring digitalization to steel and concrete, but we are trying hard in the soft parts of the business, such as the planning and how we control the projects.

Barcelona has been designated as a hub for logistics and distribution. What do you think makes Barcelona stand out?

We have a good situation geographically speaking, as we are close to almost everywhere in Europe. The city is also attractive, so many people are coming, particularly young people, further encouraged by regional projects such as The Collider, Pier01, and all the innovation happening throughout the city. In this sense, Barcelona’s airport, harbor and railway have a lot of potential.

What do you think is the role of the public administration here?

Since the crisis, governments have reduced public spending not only in Spain or Catalonia but also in many other countries. Education and Health usually overtake infrastructure, so we are the first area to receive cuts. However, this does no one justice. Infrastructure is not only for business, it also impacts social and medical aspects, such as building hospitals and schools. We would like to see more money being spent there.

What is your main objective for 2020?

Our objective is to consolidate our situation with good projects and solid performance. We expect to grow nearly 5% and will continue to foster a spirit of innovation and sustainability. To attract young people, we must have these kinds of values.