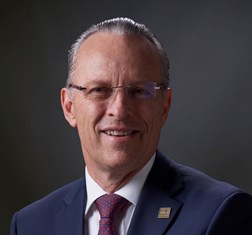 José Medina Mora Icaza is founder & president of the board of CompuSoluciones, a company that offers wholesale solutions for IT and communication. He studied civil engineering and has two masters from Stanford University and a master’s in public policy and governance from Universidad Panamericana. He also has a PhD in project management from Stanford. In 2007, he was named by Expansion as one of the 100 most influential entrepreneurs in Mexico. EY named him Entrepreneur of the Year in the IT sector.

Share on:
COPARMEX is advocating for a more inclusive economic growth by driving entrepreneurship and innovation from the ground up.

As the new president of COPARMEX, can you explain your vision?

We differ from other business bodies that are so-called chambers. There is a law that governs business bodies, such as the Chamber of Commerce, but COPARMEX is governed by the Royal Labor Law. We have 68 business centers throughout the republic plus 19 delegations and 14 representations. We are present in a total of 101 cities in Mexico. These business centers belong to the confederation that gives me the pleasure to preside over this organization. In COPARMEX, we group together and defend industrial, commercial, and service companies of all sizes. In our 92-year history, we have defended the rule of law, which we consider fundamental in Mexico. We also have a mission to achieve a better Mexico. The mission that gives meaning to COPARMEX is promoting the common good by driving entrepreneurship and innovation to achieve inclusive development. We need such a new development model in the country. There has been a great controversy in Mexico because though the GDP continues to grow, poverty is rising as well. This generates conflict with the business and social sector. We need development based on social development without excluding anyone without using more resources than the planet can reasonably regenerate. As a result, this new development model includes changes in companies and a more people-centered approach. It is a humanistic leadership concept. The people are the motivation behind our activities. In order for companies to grow, people have to grow as well. Hence the importance of training and talent development within them.

COPARMEX is working hard to create the concept you plan to apply. How will you convince Mexican companies to implement such a model?

The most important thing is communication with the partner companies of COPARMEX, which number 36,000. We are convinced that this is the way forward and that part of the model means that an instrument for change that the country requires is the company, regardless of what the government does. An example we use is educational poverty. In Mexico, many workers leave formal education to enter the working world. CONEVAL tells us that it will take three generations for these Mexicans to work their way out of poverty. A census must be carried out in order to determine the everyday reality of these workers. There are companies that have discovered illiteracy among their workers, which they were unaware of. If companies become more concerned about the fact that our collaborators emerge from educational, patrimonial, food and health poverty, we will achieve the change that the country needs. That is our communication strategy for change.

Considering the model of inclusive development, what are your goals for the rest of the year?

In terms of the workers themselves, we consider it essential to raise the minimum wage. We want to reach a minimal level of family well-being. Right now, the minimum wage only maintains a person in terms of food and water. An average family has four people and two of them working. A minimum wage is necessary for those two people to have sufficient nutrition. That is the proposal for 2024: to reach that level of well-being.

We have a close relationship with the secretary of labor and social welfare. We recently negotiated the amendment to the subcontracting law for three months. We negotiated on a weekly basis and finally struck a great deal in which all three stakeholders won, namely the workers, the companies, and the government. For our part, this should be the criterion for communicating with the government in order to reach a consensus. We have an open dialogue with the economy and finance secretariats. And we also enjoy an open dialogue with the director of social security for vaccination, which is vitally important for Mexico’s economic recovery.