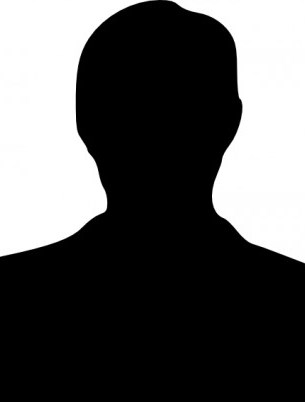 Juan Esteban Gil studied civil engineering at the University of Medellín. Within his work experience, his role as manager of large projects at INVÍAS between 2007 and 2010 stands out. He has been Managing Director of the same institute since 2018.

Share on:
INVÍAS is focused on the development of infrastructure projects that improve transportation, create economic opportunities, and boost regional growth.

INVÍAS’ recent combined projects of infrastructure development in Colombia are the country’s most ambitious to date. What is the goal behind this initiative?

Compromiso por Colombia is the most ambitious public infrastructure program ever carried out in the country. It will generate 105,000 direct jobs, benefit 24 million Colombians, and result in 1,660km of new roads. It is a medium- and long-term commitment to increase competitive productive areas in the country. Among its objectives is to guarantee the connection with remote regions. COP11.5 trillion (USD3,125 million) have been allocated for the construction and completion of highways. In some cases, the highways connect capital cities, but have low volume of traffic, which means that they do not generate enough income to build them through PPPs, so they need public funds. Compromiso por Colombia is divided into two lines. The first one is called Concluir y Concluir para la Reactivación de las Regiones and seeks to conclude infrastructure projects that began 15 years ago or more and have not been completed. The second line is Ví­as para la Legalidad y la Reactivación de las Regiones Visión 2030, comprising 22 more infrastructure projects with which we expect to transform the country’s mobility in the next five to 10 years. Of these 22 projects, we have already awarded 19. Simultaneously, we are working on rural roads with investments of around COP3.7 trillion (about USD1,013 million) so that educational and health services reach remote places, and the countryside of Colombia is more productive. This is the Colombia Rural program, which aims to maintain and improve tertiary roads. The country has 142,000km of tertiary roads, and our goal is to improve 8,000 km of these tertiary roads and maintain 15,000km. We are a social entity for infrastructure. Colombia Fluvial, for example, is a program focused in the Pacific, Orinoquia, and Amazon regions. Through this program we have quintupled investments in infrastructure works in municipalities where the only access is through rivers or air. These works, which have a total investment of COP26,200 million (about USD7.2 million), benefit about 46,585 inhabitants of departments such as Chocó, Amazonas, Putumayo, Meta, Vichada, Guaviare, Vaupés, Guainí­a and Caquetá.

INVÍAS aims to be recognized by 2030 as a regional role model in the planning, execution, and operation of infrastructure. What steps are you taking toward this goal?

INVÍAS is transforming in order for people to be well-connected in a safe, timely, and efficient way. We have three large goals to achieve this vision in the long term. We have to continue with the efficient management of the projects discussed previously. We are also going through an administrative transformation, through institutional redesign, being transparent in hiring practices, and a digital transformation. The third key element is technical strengthening based on innovation, risk management and sustainability. We are the leaders in the infrastructure industry, so if we innovate, the regional offices also become renovated, and we develop new technologies that they can use. The country is finally thinking of intelligent systems for roads such as radars and sensors on national roads. We will start selling securities for INVÍAS future projects so people can buy them and participate in the process. Those three elements lead us to modernize infrastructure so people can travel around the country better. In this government, we are delivering the projects that were never delivered before. Puente Pumarejo and Túnel de La Lí­nea projects are examples that public entities such as INVÍAS can carry out large projects. Colombia is a leader in tunnels: we have the longest tunnel, the widest tunnel, and the tunnel at the highest altitude. The five longest tunnels on the continent are in Colombia, and we have over 100 tunnels. We do knowledge exchanges with other countries of what we have learned in projects like Túnel de La Lí­nea, which had a multiplier effect on the building of tunnels in the country.