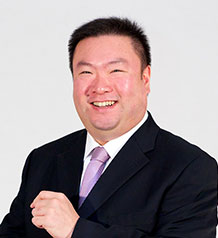 Kavin Kanjanapas has been the CEO of BTS Group since April 1, 2015. Kanjanapas previously served as the President of VGI Global Media Public Company Limited.

Share on:
"There are ambitious expansion plans with new routes to be added to the network."

Can you tell us about BTS Group’s origin and how it came to own and operate the only privately held mass transit track in the world?

My father started the company 40 years ago. We used to be exclusively in property—including hotels and residential developments—but he decided to bring our company to the next level and link it with mass transit. We signed a build-operate-transfer (BOT) contract for 30 years with the government to build and operate 100% of the mass transit system, making it the only privately run mass transit system in the world. We receive all the income for 30 years and will later transfer it to the government. Frankly, we were fortunate with this contract, as the government no longer does contracts like this, whereby it gives a private company 100% control of a major project like mass transit. This is our dominant business currently, accounting for 40% of revenue. However, the company now operates three other business pillars, namely property, advertising, and services, through our payment system Rabbit Card.

How do you think the mass transit system can expand further?

There are ambitious expansion plans with new routes to be added to the network, with some of the expansion planned to integrate with other systems like the underground or trams. Bangkok currently has 85km of mass transit lines; however, the government’s target is 515km in 15-20 years, which is a massive expansion plan. Right now, the economy is not doing too well, but the government continues to invest in infrastructure, and expansion will continue in line with the government’s plans over the next 30 years. In Bangkok, only 6% of people travel on rail, with 90% using buses. Compared to other cities like Singapore, Hong Kong, or Seoul, where 40-50% of people use rail transit, 6% is tiny and indicates a huge opportunity. As the system expands, people will shift more from road to rail. Currently, we are operating 36km of mass transit lines in the city but the target in the next five years is to add an additional 108km. That figure will, of course, grow as the system expands in subsequent years.

Are there any other major rail projects that you are looking at?

There is the High Speed Rail project, which will pass through Bangkok; however, it is a huge investment that has to be a government-to-government project. A private company on its own would not go into that, as the returns would not be great and the costs would be extensive. Governments could do it and make returns through the long-term impacts of that system, through taxes, transport, trade, tourism, and so on. One project that we are, however, interested in is the dual track project. We have the expertise and the experience for that project, and we are also ready financially. We are in close discussions with the government on that project. The new government has been aggressively pursuing mass transit and railroad projects, which will benefit the Thai population, and so we expect significant development in the coming years.

You have four distinct but integrated sectors that you operate in. How do you see these evolving in the future?

In property, we have a strategic alliance to develop 25 projects in the next five years, worth about THB100 billion with our joint venture partner Sansiri. These projects are all in close proximity to mass transit lines. Three projects worth THB11 billion have been launched and fully pre-sold. An additional six projects valued at THB 23bn will be launched this year. On the media side, through our subsidiary, VGI Global Media, we are evolving from a Bangkok-centric media company to a nationwide integrated media platform with six key segments, namely transit, office, outdoor, aviation, digital, and activation. In particular, we are looking to enter the upcountry media market that has been long under served. Finally, as mentioned, we have the Rabbit Card, a payment card that you can use on our transit system as well as with our retail partners. We are now extending this to become an e-wallet. In addition to being a payment platform, it gives us information on people’s behavior, such as where they eat, shop, and travel, which can feed back into our advertising operations. The social media platform LINE, which is extremely popular in Thailand, offers a payment solution called LINE Pay. We will start a partnership with LINE Pay, and by the end of 2016 we will launch Rabbit LINE Pay, which will replace LINE Pay and Rabbit Card. That gives us nationwide coverage and with LINE we can cover 50% of the population. While the sectors in which we operate are distinct, our evolution and the integration of these operations have been natural.

What are your expectations for BTS Group in the year ahead?

Mass transit is still our core business and we want to secure the upcoming green line extension projects and others, including the pink line. We are also eager to participate in the dual track project, where we have the expertise to run the dual track trains, although we do not yet have the experience in cargo and logistics. The government has stated strongly its intention to expand investments and projects in mass transit and other transportation projects, and I believe it is extremely serious about it. The purple line will open this August, while the green line extensions have been transferred back to the Bangkok Metropolitan Administration (BMA). All these demonstrate the extent to which the government is pushing mass transit forward. We have recently signed a train procurement contract to purchase an additional 184 carriages, the largest single purchase of trains in Thai history. We plan more investments in rolling stock for both existing lines and the lines projected to be added to the mass transit system.