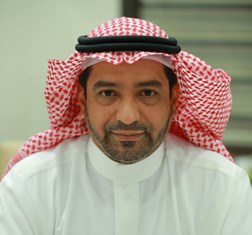 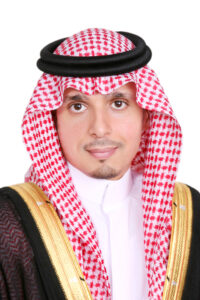 Share on:
Local and national authorities are working hand in hand with investors to ensure the smartest PPPs are being pursued to diversify economic growth.

How will Vision 2030 affect the economic growth of Saudi cities?

SALEH S. AL-SOLAMI Saudi Exports’ focus sectors are driven by the National Export Strategy (NES), which prioritizes sectors based on competitiveness and industrial bases. Also, Vision 2030 has announced 12 large programs that outline short- and long-term objectives for 2020, 2025, and 2030. One of the main programs is the National Industrial Development and Logistics Program (NIDLP), which covers a number of national strategies and projects, including NES. The program is governed by a board of 30-plus members from different entities that steer its orientation and ensure complete alignment among the industrial, logistics, mining, pharma, export, technology, and automotive sectors, among others. The way that strategies are developed and approved under one program has led to better focus and full integration among different government entities whereby resources are optimized and outcomes are maximized. As a result, there are several stimulus projects to support exporters technically and financially. For example, Saudi Exports has announced the launch of an EXIM Bank with a capital of USD8 billion, which is currently under development and will commence business soon. Additionally, Saudi Exports’ service offerings, such as exhibitions, trade missions, and training are all focused on the NIDLP’s priority sectors.

MOHANUD A. HELAL The idea of economic cities in the Kingdom is based on activating the role of the private sector to participate in development and provide a more competitive and responsive government business model. Additionally, localization and creating jobs for Saudi youth are also among the main objectives of the economic cities. In this regard, the inauguration of manufacturing facilities in the KAEC Industrial Valley is proof that mainstream industries are gravitating to the economic cities as part of the strategy to localize vital sectors and create quality jobs. We are keen to provide the support needed for this type of investment, which will contribute to the diversification of Saudi exports and support Vision 2030. To date, investments in KAEC have reached USD10.93 billion. The city is home to more than 170 companies and has created 7,000 jobs with a Saudization rate of around 20%. On the other hand, KEC, which is small compared to KAEC, has received USD853.25 million in investments, is home to 12 companies, and has created more than 900 jobs.

Where else are the public and private sectors working together?

SSA The National Investment Policies are, more than ever before, determined to serve specialized strategies like industrial strategy, automotive, mining, and foreign trade strategy, among others. Each of these strategies have, to some extent, considered attracting know-how and capital from foreign markets as part of the execution and growth ambitions. Saudi Exports and the Saudi Arabian General Investment Authority (SAGIA) have a strong alignment, be it national-level policies or partnering for international events like the St. Petersburg International Economic Forum in Russia. For example, as part of the National Export Strategy, Saudi Exports and SAGIA are currently aligned in terms of the target sectors for export or the enablers, such as logistics, subject to the changes and trends in the global marketplace. In a nutshell, SAGIA’s direction is defined by the collective national strategies’ demands and expectations.

MAH The economic cities were launched as part of a new business model fueled by a unique and strategically designed PPP. ECA’s role in this partnership is to oversee the management, operations, and maintenance of the cities and monitor the performance of master developers. The private-sector master developers’ role is far ranging, though it focuses on devising and implementing strategies for sustainable growth and development. While developing the physical layout of the cities, the master developers are also responsible for securing financial resources, planning, implementing construction, and marketing the economic cites to potential investors. ECA encourages attracting quality investments and provides government support through strategic initiatives, projects, and partnerships. The economic cities are a manifestation of Vision 2030. They contribute to the socioeconomic development of the Kingdom by creating an attractive environment for investment, centered on PPPs. In terms of quality private sector investments and the development of strategic sectors, more than USD2.4 billion was attracted in local investments, USD196.25 million of which was used to establish the core of the pharmaceutical industry in KAEC.