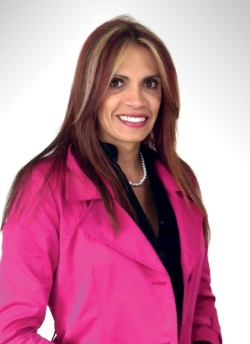 Tatiana Piñeros Laverde studied human resources and budget implementation at the EAN School of Business Administration in Bogotá and public accountancy at the Universidad Central de Bogotá. She has worked as director of corporate affairs at the District Secretariat for Social Integration, as accountant at the District Institute for Communal Participation and Activism, and as general manager of Branding & Marketing. In addition, she has served as an external supervisor for the local mayoralty of Chapinero, and has been a key advocate of marginalized and vulnerable social groups throughout the country, and has been instrumental in the development of sustainable and socially conscious tourism.

Share on:
According to the World Travel and Tourism Council, the tourism industry in Colombia will grow by around 6.2% in 2014. What is your view on the development of the sector? […]

According to the World Travel and Tourism Council, the tourism industry in Colombia will grow by around 6.2% in 2014. What is your view on the development of the sector?

Colombia is one of the most emergent and promising markets in the tourism industry, which the government is perfectly aware of. The main objective of the national government is to attract 4 million visitors by 2015, with one million in Bogotá alone. Today, 52% of all tourists in Colombia visit the capital. For example, we are only five hours away from both New York and Sío Paulo. Meanwhile, Bogotá has also positioned itself well in the MICE tourism sector, consolidating itself as the primary destination of many tourists and businessmen when arriving to Colombia. The city follows a similar strategy as that of the national government when it comes to tourism, with diversification being a key consideration. We want people to stay beyond the working week, and enjoy a weekend too.

What strategies do you implement to diversify tourism activity in Bogotá?

We have an ambitious international promotion strategy, appreciating the importance of promoting Bogotá internationally. We have a budget of Ps18 billion for promotion and media advertising. We also plan to participate in all the main fairs and tourism events such as the Proexport fairs. Thus, our main efforts go toward internationally promoting the Bogotá brand, making this destination attractive beyond the MICE segment.

How would you assess the image of Bogotá within the international community?

Bogotá has positively changed its image abroad thanks to efforts to bolster security. Today, we have the lowest crime rate of the past 30 years. In this context, we know that such efforts increase the attractiveness of Bogotá as a tourism destination. We have also developed segment-specific strategies to boost the image of Bogotá as a tourism destination. For example, we doubled efforts to better promote the city’s history and areas like La Candelaria, also improving lighting, tourism signs, and guides. We have increased the number of Touristic Information Points (PIT). We are basically talking here about efforts to be better prepared to receive visitors. Interestingly, we have also prioritized the promotion of the rural area of Bogotá. Around 70% of Bogota’s surrounding area is rural, which is something few people know. We already have touristic routes around some of these areas, focused of showing visitors local agricultural and rural processes. We mainly showcase agritourism, and have conducted research to identify the key ecological areas for the citizens of Bogotá. We are set to start offering tourism packages around the seven most voted-on areas, so that visitors can see those areas local people value the most. Other segments we strongly focus on are cultural, gastronomic, and religious tourism.

Since you were recently appointed, how can your professional background benefit the further development of the institution?

The institution has highly qualified professionals. My area of expertise is strategic management, and I was appointed for that reason. In the past, the IDT lacked a better articulation within the institution and with other tourism agents. The idea to better promote Bogotá requires a joint effort from all parties involved in the process. My main duties will be to internally articulate the institution and improve ties with other tourism agents. We see great potential in Bogotá as a language learning destination. The pronunciation of people in this part of Colombia is perhaps the most neutral in South America. We need to better articulate partnerships with universities to jointly achieve a better positioning of the city within this segment. In this context, one of the main challenges ahead has to do with your previous question; we need to increase efforts to show how much Bogotá has changed over the past decade, as the international community still holds to old stereotypes about our city and country, especially when it comes to security issues. We also work toward training local people to facilitate the transmission of tourist information to visitors. These opportunities also encompass taxi drivers, 3,500 of whom have received training to date.

What are the principle countries of origin of Bogotá’s visitors?

Around 29% of visitors come from North America. There are also many visitors from Venezuela, though over the past few years, the number of Venezuelans visiting Colombia has decreased due to the political issues there. Spain (9%), and Ecuador (5%), are two of the main countries of origin. Our future efforts will be directed to Latin American countries, particularly Mexico and Argentina. Looking into other regions, we will also focus on directing efforts at Europe, for example Portugal, the UK, and Asia. We recently confirmed around 30,000 reservations from Portugal for 2H2014. Asia is a destination that we jointly target within our Pacific Alliance efforts. Let me add too, that we have a Tourism Observatory, a body conducting research into tourism movements and the reasons why people visit Colombia. The results of this research have enabled us to better position new touristic products and campaigns. We will also increase efforts to better promote sports tourism, especially regarding golf activities, as Bogotá features unique golf courses, as well as tennis courts aplenty.