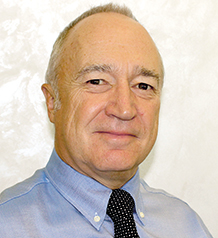 Leave It With Us

Alan Thomson is Managing Director of Abu Dhabi Sewerage Services Company (ADSSC). Prior to joining ADSSC in 2005 he was Regional Director at Mouchel Parkman. He has over 30 years of experience in the water industry working in Scotland, London, and Abu Dhabi. He has worked extensively in both drinking and wastewater aspects of the sector. In ADSSC, Thomson has overseen the development and modernization of the wastewater infrastructure in the Emirate including four major additional treatment plants and a deep sewer gravity tunnel system (STEP), which will ensure that the Emirate has adequate collection capacity for future growth.

Share on:
TBY talks to Alan Thomson, Managing Director of Abu Dhabi Sewerage Services Company, on meeting the needs of a growing population, recent achievements, and formulating a vision for the next five years.

With the population expected to continue growing until 2030, how are projects like the Strategic Tunnel Enhancement Program (STEP) going to cope with the additional infrastructural challenges that Abu Dhabi will face?

We have a master plan due for completion in November, which looks at just this issue, namely how we would cater to the additional population in the coming years. We have used Urban Planning Council (UPC) projections and also historical data to help us formulate the plan and estimate what the flows will be. The main task is simple: ensure we have treatment capacity for years to come. Our treatment plants are already close to their design capacity; therefore, the new master plan will make recommendations on what we should be putting in, or thinking of constructing over the coming years. In all likelihood, we will be thinking seriously about extending our capacity next year, because it takes about four years from concept to commissioning; hence, we have to plan quite far in advance. Currently, we see a doubling of volumes every 10 years starting in 1982. At some point that will surely level out; however, for the near to medium future, we expect that rate of increase to continue.

What do you feel has been achieved in these last five years, the span of the company’s master plan?

We have really achieved a lot. We now have the capacity for treatment we lacked before. We had constraints in our treatment plants because we were overloaded, and because we were overloaded we couldn’t maintain them properly. We were still treating the water, but there was a risk that the water treatment quality wouldn’t be as high quality as it should have been. Now, we have new operational plants, and we have spare capacity in these plants, although that spare capacity is quickly being used up by the rapid population growth we’re seeing. All in all, we are in a much better and stronger position than we were in 2010. The augmentation of the infrastructure is largely complete. We have put new trunk mains in that will take the wastewater from the more outlying developments into the center for treatment. The capacity of these trunk mains are sized for growth. This means we are in a strong position. Some of our work is still ongoing; however, it is going to be concluded in the next year or so. We are also undertaking the rehabilitation of our pumping stations and our mains. We have pumping stations and pipes, which, in some cases, are 30 years old, whereas typically a pumping station would be replaced some time around 15 and 20 years old. We have gone through a large rehabilitation program over the last five years, and many of these pumping stations are now in a much better condition than when we started.

Can you summarize the position of the company as we move forward into the next five-year strategic plan?

The first and most important thing we are looking at is the commissioning of STEP, which will take place next year. This will depressurize the system and relieve the stress on the network, making our job much easier by bringing normality to the system. Parallel to this is the decommissioning of the pumping stations, which is an ongoing legacy from the 2010-15 program. We will be looking at increasing treatment capacity to deal with population growth, as new plants will be constructed over the next three to four years. Beyond that, we have to look at driving efficiency into our system. So from going to a place where we had to address shortfalls in terms of capacity and in terms of our infrastructure, we are now going to be looking at being more efficient in using new infrastructure.