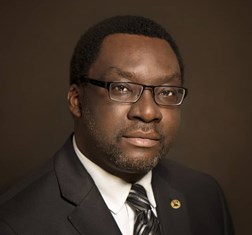 Share on:
The tourism and entertainment sectors are intertwined, as more visibility for Nigerian culture gives more people a reason to visit.

Tourism, arts, and culture are all truly broad sectors. What is your main focus?

We are particularly keen on the creative industries and hospitality. We try to be a hub for Lagos’s talents, arts, and cultural activities. When we say Lagos, we do not only refer to Lagos Island; Lagos includes other surrounding regions, the same way New York is not just Manhattan. We believe there is talent all over Lagos. The city is blessed to have the Atlantic Ocean on one side and the lagoon on the other. The blueprint document that we recently prepared is going to be particularly important. The Lagos State Tourism Master plan focuses on six essential pillars that the tourism and creative industries stand on. We believe Lagos State’s tourism is driven by entertainment and art in the form of festivals, cultural events, and so on. Lagos is the home of Nollywood, the biggest African film industry and the third biggest film industry in the world. Afrobeat originated here. Badagry, a beautiful town in Lagos State, is an important site for the history of slavery in Africa. Our message to tourists is that we can make your visit easy and fun; and we can also help tour operators, travel agencies, and tour guides with their planning to bring in more people. We, as Lagos State Ministry of Tourism, Arts, and Culture, have published a calendar of art events both in print and online to show travel bloggers, journalists, and promoters the planned yearly activities.

Does Lagos and the country at large represent a large enough potential tourist base?

Lagos is a city of 21 million people—a population larger than that of many countries. If you manage to attract a quarter of the residents to something other than trade and commerce, you will succeed in that activity. The country’s population is 190 million. Lagos is one of the most-visited cities in Africa not just because of tourism, but mainly because of commerce. However, it is possible to turn those business travellers into tourists, including medical tourism. The Lagos Fashion Fair, one of the biggest fashion shows in Africa, is yet another attraction. Our job is to give people who come to Lagos for business a reason to stay an extra couple of days to discover the less-known parts of Lagos. The New Afrika Shrine, for example, became an iconic place after President Macron of France visited it. It was also the first place that Seal, the musician of Nigerian descent, visited when he returned to Nigeria after 15 years. In short, we want to engage visitors in more activities than they originally came here for. We are building a museum and developing the Sungbo’s Eredo rampart, which have to do with the legend of the Queen of Sheba. It is believed that the amount of sand excavated to build the Sungbo’s Eredo wall is more than the amount of sand used in building the pyramids in Egypt, and these stories need to be told.

What do you think is needed to increase the quality of Nigerian films?

I do not believe our aim should be to become like Hollywood; the aim should be to standardize quality. The Toronto International Nollywood Film Festival acknowledged Nollywood two years ago and eight films from Lagos were selected for red carpet premiers. No city in Africa has achieved a similar feat in the past. There have been measureable improvements since the production of Half of a Yellow Sun in 2013, which went to the Toronto Film Festival and included many Hollywood actors. An increasing number of Nigerian films are making a name for themselves globally.