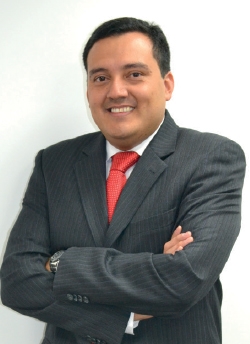 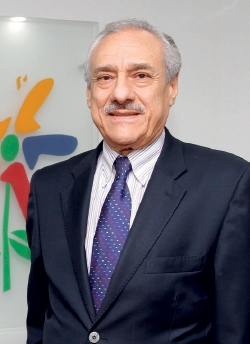 Share on:
How has your company progressed over the past year? JORGE BENDECK OLIVELLA Over the past year we have consumed 50% of the Colombian palm oil produced, to generate over 500,000 […]

How has your company progressed over the past year?

JORGE BENDECK OLIVELLA Over the past year we have consumed 50% of the Colombian palm oil produced, to generate over 500,000 bio-diesel tons. This goal has been accomplished without difficulty, and even exceeded; we will be producing at least 40% more bio-diesel by the end of 2014. There has been $1 billion worth of investment to date in the industrial sector, which requires a further $1 billion to double bio-diesel production. Moreover, at this point capital is coming from Colombian investors. By 2020, I believe that the industry could replace 20% of the diesel consumed in Colombia.

ALECK SANTAMARÍA DE LA CRUZ We aim to generate electricity to meet the internal demand of the plant, as well as produce a surplus to be exported to the national grid. The plant will be the largest of its kind in the country, and we have been pioneers in pushing forward pilot projects to increase the sugar cane crop for commercial purposes in areas that previously were heralded as unsuitable for cultivation. Currently, we have around 8,000 cultivated hectares, plus almost the same number waiting to be cultivated. In total, we have 14,400 hectares. Our perspective is that the plant will be capable of processing 115 million liters per year, a key figure to push the country toward achieving the 10% alcohol quota in fuels (the percentage currently stands at 8%).

What are the relations between your company and the communities in which it operates?

JBO Every seven hectares creates one direct job and two indirect ones. In fact, it’s directly proportional, so if you plant 30,000 hectares a year you are creating nearly 4,000 new permanent direct jobs and 8,000 indirect vacancies. The government could tell us, as they have before, that they need us to create, say, 10,000 jobs, and it would be a relatively easy task for our industry. Colombia has the land, water, and sunshine, and can increase the equivalence of oil reserves proportionally to the land we sow. And we are ready to support the government in the task of creating jobs; however, we need its commitment, too. We are not requesting money or subsidies, but need help on policies. Today, we have created a further 32,000 direct jobs and 64,000 indirect ones in the palm oil and sugar-cane sectors, while 384,000 people are earning enough to meet their family needs.

ASDLC In general terms, relations are good, although we recognize that from time to time tension arises and we must work to address that. This arises predominantly from the fact that Meta is a department that accounts for 50% of Colombia’s oil production, and since we are part of a larger holding that is mostly engaged in the oil sector, it has generated tension within the community. Nevertheless, we are a company engaged in agribusiness, and have different dynamics. In this context, we have largely invested in the local communities and their authorities with sensitivity to cultural background, providing the necessary tools and infrastructure for their development.