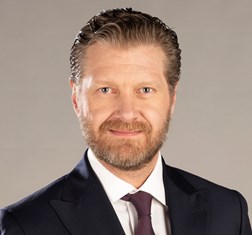 The most-watched news network in Mexico, adn40 aims to be the top news outlet that people can trust and rely on for content.

Share on:
The most-watched news network in Mexico, adn40 aims to be the top news outlet that people can trust and rely on for content.

Can you share your perspective on the state of the Mexican economy at the moment?

We are in a pendular movement, in a stalemate with not only the pandemic but also with a financial crisis within the media industry. When President López Obrador arrived, he took many decisions on how to distribute the government’s advertising resources, which affected the media because we had become complacent on how we handled advertising. In the past, the government was a big client, and, hence, it was not necessary to find other sources of revenue. This led to a transformation in the media industry, and many news outlets had to let go journalists or back office staff that were doing research. I do not know of any media outlets in Mexico that did not cut back on their staff in the last few years. Then, during the pandemic, there was a sharp increase in media consumption, so audiences grew dramatically because everyone was looking for information. In 2Q and 3Q2020, we saw fantastic numbers in terms of audience in TV, social media, and website content. Nonetheless, we were unable to monetize it because advertisers decided not to spend their money until they knew what was going to happen. In fact, advertising fell by 21% for TV Azteca, which is significant for a corporation this size.

Now that the economy is trying to actively reactivate, what is your outlook now for advertising?

It has certainly picked up, as we can see a rebound for TV Azteca and adn40. We are slightly over 2019’s income, though I’m not sure it will be enough to subsidize the huge deficit of 2020. Due to the pandemic we were forced to make cuts and adjustments, but it also led us to think outside the box and incorporate products into the screen and merge digital and traditional salesforces. Thanks to this, today we sell target audiences instead of only TV ads. Our clients are also trying to jumpstart their businesses, and everyone wants to join efforts to communicate faster, better, and more efficiently. For example, we are using QR codes that allow them to track where their clients are coming from and attract new ones, as well as knowing which ads are most successful.

What has adn40 done to diversify its portfolio so it does not depend on the public sector like it used to?

First, we adjusted operations and evaluated the surplus in terms of staffing and operations to reduce costs. The second thing we did was to conduct a thorough review of our inventory, because we have a certain number of minutes we can sell, and we were not using those minutes consistently. Thus, we initiated a huge audit to see where and how we could enhance carriers’ performance. The third thing we did is sell audiences as a whole. We have 9.5 million unique visitors to our webpage per month, almost 2 million followers on Facebook, 900,000 followers on Twitter, 400,000 on YouTube, and 250,000 on Instagram. All these platforms allow us to reach different audiences, so we package them and offer them as an add-on. We can target the audiences a company is looking for, which allows communication to be more efficient than just being on TV. Every day, about 7 million people watch our channel, and we are the most widely transmitted TV channel in 290 cities across the country. We also decided to have more horizontal strategies and started building alliances with all sorts of content distribution companies. Thanks to it, we are the only news channel that offers live streaming on Amazon Prime, Roku, Apple TV, and other platforms. This allows us to reach different sectors of the audience that don’t necessarily watch open or cable TV. We’ve also developed alliances with 11 media outlets and social media like TikTok in order to be more robust in terms of our capacity to send messages across diverse platforms.