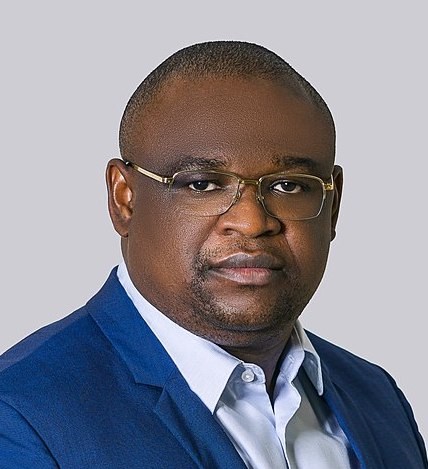 Manuel Gomes da Conceição Homem is a master’s student in web technologies and systems at Universidade Aberta de Lisboa. He holds a degree in computer systems engineering from the Private University of Angola. He was appointed Minister of Telecommunications, Information Technologies, and Social Communication in 2020, before which he was secretary of state for information technologies. Earlier, he held the positions of director general of the National Institute for the Promotion of the Information Society, director general of the National Center for Information Technologies, professor at Universidade Lusíada de Angola and Universidade Privada de Angola, and systems specialist at the National Data Processing Center.

Angola seeks to become a telecommunications hub in the region and has made highly specific and strategic investments accordingly.

In your almost two years at the helm of the ministry, how has the IT and telecommunications sector evolved, and what proposals have been put in place to boost its development?

The Ministry of Telecommunications, Information Technology, and Social Communication emerged as the result of a government reform. The telecommunications sector in Angola is transversal in terms of the services it includes. The country is strongly committed to diversifying its economy, and, consequently, its telecommunications needs are key to achieving the aforementioned objective. In recent years, significant investments have been launched within the sector. The country has roughly 22,000km of fiber optic cable, and we are also served by three submarine cables: the SAT-3, SAT-2, and MONET. All this is an indication of our quest for improved telecommunications infrastructures across the country. Angola has a telecommunications strategy that is part of the National Development Plan. We aim to become the telecommunications hub in our region, and in order to achieve this, we have made highly specific and strategic investments. We provide support for the submarine cable systems, which will ensure that inland African countries are able to connect to the rest of the world. We have been working in the spirit of the African Union to promote digitalization across the continent. Furthermore, we are currently negotiating the implementation of a project that will improve the country’s entire broadband infrastructure. We have recently modified the ways in which we used to license companies that offer services in the telecommunications sector. We have global licenses, or unified global titles (UGT), that enable any operator to offer a range of telecommunications services without exception in Angola.

What strategies are you using to increase access to the internet?

First and foremost, we are working to extend access to the network in rural areas. In addition, we must improve the quality of the service in urban areas. Within the scope of the agreements with operators, there are targets to be met, one of which is upgrading the quality of the equipment. Furthermore, we have just completed a tender for a mobile connectivity UGT, for which the company Africell was the winner. With the awarding of this license, we intend to extend telecommunication services coverage, improve their efficiency, and increase their availability. Today, we have close to 14 million mobile phone users in Angola, and we hope to reach 20.25 million in the next five years through the investments we are making in this area. Beyond that, we have a number of programs to guarantee increased internet access in schools, since internet connection in our schools is a crucial tool in the development of young Angolans. We also have a free program called Angola Online to provide internet in public areas. The initiative provides a free internet service to which citizens can connect by using their devices. It is a large-scale digital inclusion program. We also created a program called the Angola Media Library Network to boost the digital literacy of our communities. These are public spaces that have been created to provide young people with free access to the internet as well as to various digital services.

How does the ministry plan to support global start-ups and companies with an online presence?

On a government level, we have set up an incubator to facilitate the emergence of local start-ups, as well as a technological training center that has enabled several young entrepreneurs to get their projects off the ground. However, some alignment with the business sector is necessary in order to provide financial support for such initiatives. The National Bank of Angola also finances start-up projects. There is interest in ensuring the development of start-ups in an organized way, which is why we are now looking to put together an appropriate financing model. We provide these start-ups and other small businesses with opportunities to showcase themselves and support their participation in international events.