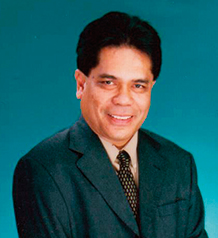 Datuk Mohd. Basri Abd. Gafar earned his Bachelor’s degree and MBA from Ohio University in the US. Before being appointed to his current role in 2015, he served as the president or vice president of various social organizations, including the Sabah Students Association at Institute Teknologi Mara, Sabah-Sarawak Student Union of Ohio University, and Old Sabah Collegian Association. He has also served on the committee of Cement and Concrete Association of Malaysia, BIMP-EAGA Construction and Construction Materials Working Group, Sabah BIMP-EAGA Council, and as Head of the Economic Bureau of UMBNO Silam Division.

Share on:
How would you evaluate the state of industry in Sabah at the moment? The manufacturing sector on the Malaysian Peninsula contributes almost 30% to GDP. Unfortunately, here in Sabah, the […]

How would you evaluate the state of industry in Sabah at the moment?

The manufacturing sector on the Malaysian Peninsula contributes almost 30% to GDP. Unfortunately, here in Sabah, the manufacturing sector is not growing in the manner we would like. The industrial sector used to contribute about 28% to GDP in terms of investing volume. That figure has now dropped to about 7%. Although we have a new sector coming in, namely oil and gas, which is new and exciting in terms of energy, we still did not manage to get past 7% contribution to GDP. This means the traditional sector of manufacturing has seriously declined and it is a concern that we have raised with the government. Manufacturing covers different levels of activity, from primary to secondary and even high value-added tertiary. This is one of the reasons that we decided not only to focus on purely manufacturing, but also to expand to cover other industries, including oil and gas, palm oil, and downstream value-added activities. We opened the gap and widened our perspective in terms of involvement in the industrial sector. It has been less than two years since these changes were decided in 2013, and officially became effective in 2014. We are moving ahead, but not as we had intended.

How are your resources spread between start-ups, SMEs, and the larger companies?

Our main goal is to provide information to all members, regardless of scale. For new and young companies wanting to do business in manufacturing or other sectors, we provide people to advise them. When foreigners arrive, they often do not know how to go about applying for licenses. Even though if it might be a company’s first time in Sabah, we make business possible by providing the right assistance.
We work with all company sizes. It is not easy to look after all of them; however, that does not mean that we lack interest in smaller companies. We also undertake arbitration for foreign companies that have suffered irregularities at the hand of local companies or local authorities, and we investigate related cases.

Which businesses are key to the region, and what opportunities do they present for investment?

A new policy is likely to be introduced into lumber or timber to reduce the number of trees felled. Around two decades ago, we were the largest producer in Malaysia. We exported vast amounts of lumber, but we unfortunately over-logged our land. The government decided to stop cutting down whatever trees were left. Unfortunately, illegal logging is still going on. The government is now doing a good job of protecting the forests in Sabah. An important line of business is of course palm oil, which is the most marketable crop in the sense that every part of the palm oil is commercially applicable, be it is the kernel or the leaf. Malaysia used to be the largest palm oil producer in the world, but we have unfortunately been overtaken by Indonesia. In other sectors, such as cocoa, Malaysia and Indonesia are the largest producers. We also have Sabah chocolate from this region. The types of crops we have are marketable, and there is demand worldwide. Even the tea and coffee that are produced here are in demand. The market has never been exhausted, and the question is how to invest in the sectors, add value, and extract economic benefits from them.

How do you assess the importance of Sabah currently and in the future as an industrial hub for ASEAN?

The federal government must have the determination to make Sabah the major industrial and logistics hub within the ASEAN region. There is also potential to develop Sabah as a Halal hub for the Islamic sector. If we work towards this goal, Sabah can undergo an economic transformation much like the one experienced by Dubai in the Middle East. We also have support from the ASEAN community itself.