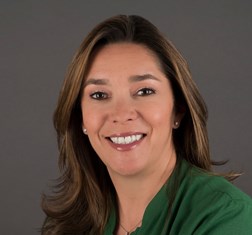 70% of Energy from Water Sources

Minister, Ministry of Mines and Energy

Marí­a Fernanda Suárez is a Business Administrator of the College of Advanced Management Studies (CESA) where she graduated with honors, and has a Masters in Public Policy Management from Georgetown University. She has more than 20 years of experience in the public and private sectors. From 2015 until her appointment, she served as Vice President of Strategy and Finance for Ecopetrol. There she led the efficiency plan of the company that positioned it as one of the most profitable and resilient in the industry. In addition to her experience at Ecopetrol, she was Director of Public Credit and National Treasury of the Ministry of Finance. Prior to her experience in the public sector, she served in the private sector as Vice President of investments in the Porvenir Pension Fund and executive in Citibank, ABN AMRO and Bank of America. In addition to this competitive career, she has been a member of the board of directors of the following companies for the past five years: CENIT, OCENSA, ISA, ISAGEN, FDN – National Development Finance, XM, OCENSA, and Propilco. Her extensive experience in the public and private sector, and in the oil industry, makes her a professional with a complement of exceptional skills to face the challenges as Minister of Mines and Energy.

Share on:
“About 70% of the energy produced in our country comes from water sources.“

How is Colombia’s electricity generation diversifying to reduce variability and meet higher demand?

Colombia has initiated a path toward energy transition. We will diversify, complement, and improve the competitiveness of our energy grid, promoting unconventional sources of renewable energy such as sun and wind. About 70% of the energy produced in our country comes from water sources. This has led to an energy matrix that’s considered the sixth-cleanest in the world by the World Economic Council. However, this also makes Colombia’s power generation system vulnerable to climate variability, which is why it is essential to diversify. This government will promote the full potential of alternative renewable sources. In the Caribbean region, there is a unique opportunity: the wind in La Guajira blows at a rate that doubles the global average, and that region also has one of the highest luminosities in the world. The potential of wind and solar resources in this region is greater than the hydroelectric potential of the whole country. However, all this potential has yet to be developed. The goal of the government of President Duque is to go from 50MW to at least 1,500MW of installed capacity in unconventional sources of renewable energy, which represents estimated investments between USD1.3 and USD1.8 billion and an approximate reduction of 2 million tons of CO2, equivalent to the planting of 6 million trees.

Which segments of non-energy mining are seeing the largest investment and presenting greater opportunities in the medium term?

On the path toward energy transformation, we also see opportunities for the diversification of mineral production based on greater knowledge of subsoil and global opportunities. Copper, for example, holds great potential for us as an export commodity and presents a prime opportunity for the development of a responsable and sustainable mining economy that can generate employment and resources for our economy. Colombia currently counts with over one million tons of proven reserves of copper and we estimate that by 2030 this number can rise to 2 million, which would make Colombia the third largest copper producer in Latin America. Our goal is to have at least two copper projects in advanced exploration stage in 2022. However, in our strategic plan for the mining sector, we have set the goal of enhancing gold production. Our goal is to move from 21 tons of gold to 27 tons produced by mining owners. For this, we have an active inter-institutional agenda that includes the financing of environmental authorities with resources from royalties generated by the mining-energy sector, as well as a roadmap between the National Mining Agency and the National Environmental Licenses Authority for the exchange of geographic information and responsive procedures between the two entities.

What does the mining sector represent for the country and in terms of foreign investment?

The mining and energy sector is one of the main economic drivers in Colombia and represents employment, investment, tax revenues, and opportunities for the country and various regions. In particular, the mining sector generates 350,000 direct jobs and more than 1 million indirect jobs. Between 2010 and 2017, it represented on average 2% of GDP and 20% of exports. In addition, it has raised COP14 trillion (USD4.511 billion) in royalties, or COP1.7 trillion (547.8 million) per year. These resources must be translated into works for the territories. According to the central bank, in 3Q2018, the mining sector received USD1.527 million in direct foreign investment, representing 18.5% of the country’s total. The main investors in the Colombian mining sector are Canada, Australia, and the UK.

What will be the role of the mining economy in the post-conflict era?

In general, the mining and energy sector is and will continue to be fundamental to the stabilization of areas affected by violence, generating new employment opportunities and investments that help guarantee equity in Colombia. As a result of the production of hydrocarbons and mining, the regions will receive COP24.2 billion (USD7.799 million) from the Biennial Budget of Royalties for 2019 and 2020. This is the highest amount since the creation of the General Royalty System in 2012. The regions will receive a total of COP30 billion (USD10 billion), if we take into account the COP6 billion that have not yet been executed from previous periods. These are resources that will finance works in the departments and municipalities, as well as education, science, technology, and innovation, and the stabilization of the areas affected by violence. Resources for post-conflict areas will increase from COP511 million to COP1.9 billion, almost four times the value of the previous biennium. To conserve this source of revenue, it is essential to continue to bet on the mining and energy sector and increase the current reserves of oil and gas, which are 5.7 years and 11.7 years, respectively. Self-sufficiency in hydrocarbons will not only guarantee the energy security of the country but also continue to provide resources for peace, equity, and the development of the regions. Finally, our goal is to bring electricity to 100,000 families who do not have access to this service today. Energy connects territories and generates opportunities for transformation.