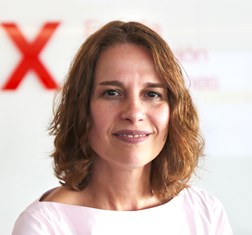 Share on:
“We will continue promoting our programs to encourage FDI into R&D and attract foreign start-ups.“

How has ICEX- Invest in Spain evolved over the years, and what have been its main achievements?

Since 2012 Invest in Spain has been integrated as part of ICEX and this has been a major development. The integration was a complex process, but rewarding and beneficial in supporting the internationalization of the Spanish economy. Now we have a one-stop shop for the internationalization of the Spanish economy dedicated to assisting the Spanish companies in their internationalization process, as well as attracting FDI. A second important development has been the way he have been adapting and broadening the services we offer to international investors seeking investment opportunities in our country; we have been improving the personalized advice we provide investors on a wide array of issues that are going to be key in their decision making process such as sectorial information, so they can get to know who the key players are from the supply and demand side and where the clusters and niches of opportunities are. We also provide key information on legal and fiscal issues, labor market regulation, visas and incentives packages. Basically, what we do is to assist investors in a way that will help them make their decision; and, once they taken it, we help them soft-land. To do this, we work closely with the different departments of the administrations that are responsible for each specific issue, as well as with regional and local authorities. And, we have also the help of a network of 103 Economic and Trade Commissions that Spain has all around the globe. A third important development since our integration is the increasing work we are doing with Spanish companies seeking international partners to help them grow their businesses in Spain and access third markets; as a matter of fact, more often than not, when looking for an international partner, Spanish companies seek financing but also to be integrated in another company’s value chain that can help them access third markets faster. This line of work has become particularly relevant. I would like to highlight to additional lines of work: the work we do to promote Spain as a solid platform for investment -we organize and/or participate in around 190 promotional activities per year, including investment fairs, conferences, and partnerships. And, the management of two programs by which we provide financial assistance to international investors. One of these programs is “The investment program for foreign companies in R&D activities“, targeted to investors who want to do projects involving R&D and which is financed by regional funds from Europe; and, the second one, “Rising Startup Spain“ which was initiated in 2016 and is targeted to foreign entrepreneurs in the process of scaling up their project and believe Spain could be a great place for that activity. This program creates a soft landing for start-ups that can benefit from Madrid and Barcelona being world-class start-up ecosystem hubs, capable of competing, more and more often, with more mature hubs as London, Paris, or Berlin.

Is the legal and fiscal framework for foreign start-ups seeking to establish in Spain favorable in comparison to other European countries?

Indeed, we have key competitive advantages that have contributed to set Spain as one of the most attractive destination for international investors. This is evident in terms of how FDI flows are entering Spain, the way the M&A market is performing, and the volumes of investment in our private equity and venture capital industry. In 2017, Spain received more than EUR38 billion in FDI. In 2018, for the first three quarters, we beat that number with more than EUR40 billion. This compared to 2017 represents, in gross terms, a 75% increase and more than 150% in net terms. Looking at how the M&A market performed in 2018, we can also see Spain´s interest for international investors: there was more than EUR116 billion in volume of investment, with 80% coming from international investors. And, finally, in the private equity and venture industry, we had record numbers of more than EUR6 billion of investment, a big amount of money, 77% led by international investors. Investors are seeing how strongly the Spanish economy is growing, with a strong job creation and large competitive gains. Spain closed 2018 with 2.6% GDP growth rate, the fastest-growing economy among the largest economies in the eurozone. Going forward with a 2.2% GDP growth rate, we are set to be, again in 2019, the second-fastest growing economy among the world’s most advanced. The expansion is based, to a large extent, on the correction of major macroeconomic and financial imbalances together with a strong employment performance and favorable financing conditions. Yet, Spain has other competitive advantages highly valued by investors such as the size of the market: 46 million consumers, over 80 million tourists that visit our country each year and access to the EU market with more than 500 million consumers with disposable incomes of EUR30,000 on average. We also have outstanding talent, highly skilled and very competitive labor force and excellent infrastructures; and, in terms of taxes, we have a moderate tax system, with a corporate tax rate of 25% that can be as low as 15% depending on the incentives applied. Spain’s tax burden, measured by the ratio of fiscal revenues over GDP, is approximately 34%, which is over five points lower than the EU average. A very important point related to the fiscal is the approximately 98 agreements to avoid double taxation that we have signed, and which are crucial to foreign investors.

What incentives or support does the government give to foreign investors interested in R&D in Spain?

Spain, like most countries, has very important incentives for investors, with a view to promote employment, competitiveness and economic growth and, many of them place special emphasis on R&D activities and technological innovation. There are numerous financial (non-refundable subsidies, soft loans or a combination of both) and tax incentives for activities in certain industries deemed to be a priority due to their potential for growth and their impact on the Spanish economy. In fact, Spain’s tax incentives system for R&D is one of the most beneficial and broad according to the OECD. When tax breaks and incentives are applied the effective corporate tax rate can be as low as 20%. These incentives can be complemented with the so call “Patent Box“ according to which 60% of net revenues coming from the transfer of intangible assets – models, designs, formulae, plans or even know-how-.are tax exempted. Worth mentioning is the Ministry of Science, Technology and Universities, through the Center for Industrial Technological Development (CDTI) provides loans at very advantageous terms and technical advice for R&D; and it has the INNVIERTE Program, aimed at business innovation by supporting venture capital investments in technology-based companies.

We will continue to work on our main responsibility, which is attracting FDI to Spain, but we will try to do it better and more efficiently, with and increasingly tailor-made advice for investors. We typically manage around 160-170 new projects every year, and we plan to increase that amount. First and foremost, we will keep improving our market intelligence on new sectors and areas of activity so as to be able to respond to investors’ increasing interests on robotics, AI, big data. And we will continue providing ourselves with new instruments to allow us to do a better tracking of investment flows. Our annual report on Sovereign Wealth Funds and the new Global Latam, whose first edition came out this past January to trail investment flows from multilatinas, many of which have become key players in the world economy, will try to do exactly that. And, we will continue promoting our programs to encourage FDI into R&D and attract foreign start-ups. In brief, we will improve our knowledge, our analysis and the way we contribute to position Spain as a great destination to invest. Spain has become one of the most attractive countries for international investors and we will work hard to keep it that way.