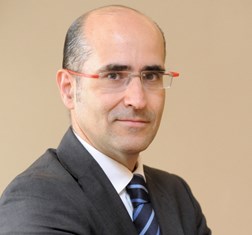 Jorge Lobatón de la Guardia has led Siemens Gamesa in Mexico since 2016. Previously, he served as CEO of Abeinsa Power Structures in Spain for five years. He has an executive MBA from IPADE Business School.

Share on:
TBY talks to Jorge Lobatón de la Guardia, Mexico & LATAM Managing Director of Siemens Gamesa Renewable Energy, on the opportunities opened up with the energy reform, its price competitiveness, and foreign appetite for investment in the sector.

How would you assess the impact of the energy reform on the renewable energy market?

Energy reform has opened many opportunities for renewable energy. The energy reform led to green energy auctions, which allowed us to develop more projects than before. Now, we have public auctions where different companies can participate and not just the Federal Power Commission (CFE). Mexico can develop projects not only through auctions but also via the traditional way of doing business: developing projects with power purchase agreements (PPA). With this reform, we have new alternatives to develop projects, which increases the size of the renewable energy market. However, there are some challenges that worry us. For the auctions, size matters because projects have to be better than earlier ones. It is now a completely open market, and we are now competing with all technologies, such as solar and thermal. Previously, there were special projects that we had to compete with, though not like now, where it is a completely open competition, and technology has to lower the cost of energy

What factors allow Siemens Gamesa to improve its cost efficiency?

There are many reasons. Now there are better projects, which are more developed and less risky. In addition, the wind turbine technology has improved significantly, especially on our side. The competition also makes the market more aggressive. As a result of all this, there has been a reduction of almost 50% of the energy price. In the end, this is great for us because it produces technology that does not need subsidies from the government and means we are competitive. We are competing against other forms of energy.

What are the main challenges for renewable energy infrastructure in Mexico?

The transmission lines and the entire grid are major challenges. There are currently many projects under construction; however, during the auction we saw certain restrictions in some areas, for example, in Oaxaca. The most important issue currently is that all auctions need a great deal of time because the government needs time to obtain transmissions lines and environmental permits. The infrastructure bottleneck is also an issue. The first PPP transmission project will not be in Oaxaca, where it is most needed. The government changed to one in Sonora to connect the different systems. We expect something to change in order to have the necessary infrastructure in Oaxaca

How do you see the foreign investor appetite for the renewables market in Mexico?

At the last tender, most of the winners were foreign investors, though most of them are large utilities companies. This is a business for energy companies, more than just an investment or people seeking a one-off opportunity. In Mexico, the clients are large international utilities like EDF, Enel, Engie, Euro Dollar, and Gas Natural, and they are now winning tenders not only in Mexico but also Brazil, Argentina, and Chile. The cost of energy is currently resulting in decreasing profits, though this has made companies more focused on their business. It is not only an investment opportunity but also a business opportunity from a long-term business perspective.

What is the importance of the Mexican market for Siemens Gamesa’s global strategy?

This is a market that is growing, not just in Mexico but all of Latin America. In the wind market, there have been mergers. We—Siemens Wind Power and Gamesa—merged, GE and Alstom merged, and Nordex and Acciona merged. There is a reduction in the number of competitors, though they are now larger and we need to be extremely competitive. We need to be larger and seal big contracts to obtain optimized costs. It is a market that will grow; it is a market where we can compete. It is a market where Siemens Gamesa is the leader. In Mexico, we have 50% of the market share.