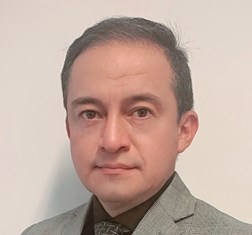 Mauricio Núñez is Legal Vicepresident of Ecuacorriente since 2006. He is a Lawyer with more than 25 years of experience in mining, taxation, human resources and negotiation. Mastered in Administrative Law and with another Specialization in Taxation. He was former tax and legal manager of Deloitte, Andersen and Ernst & Young, advising national and multinational companies in Ecuador and in other countries.

Share on:
“The Mirador mine is expected to have an up to 30-year lifetime, which could result in larger resources being mined.“

What milestones led to the start of the production phase of the project in 2019?

Ecuacorriente was established in 1999, and in 2003 it acquired concessions from the mining firm BHP, which included the fields of Mirador and San Carlos Panantza, which belongs to our sister company ExplorCobres. We signed an agreement with the Ecuadorean government in 2012 to start our mining work. In December 2015, we started construction of the mine, including building the railroad tracks and campsite for the workers of the mine. Finally, after obtaining all the required environmental permits to operate, we started production in June 2019, a landmark in Ecuador’s mining history, as Mirador is the first mine of its kind to start production. Ecuacorriente is taking mining to the next level in the country, and Mirador serves as an example of a large-scale metal mine. It has taken almost two decades to develop Mirador, and we are pleased to have contributed to developing a promising industry in the country. The Mirador mine and Ecuacorriente are the signs of a new era in the Ecuadorian metal mining industry.

What benefits is the Mirador mine bringing to Ecuador?

Ecuacorriente has invested USD1.2 billion thus far, and we expect to invest an additional USD240 million. All that investment has an expansive effect in the country at the local, municipal, and state levels. We paid USD140 million in taxes to the Ecuadorean state, and that does not include royalties to the government. The company is committed to the country, and we want to generate favorable conditions to develop the Mirador mine. We expect to generate USD4.2 billion in income for the government during the lifetime of the mine. We have generated about 2,400 direct jobs in terms of the contractors we hired to develop the Mirador mine. About 48% of our workforce belongs to the Zamora Chinchipe Province, and we have helped the region become better connected by building roads and bridges.

How would you assess Ecuador’s potential as a mining country?

Ecuador has great untapped potential. The country is in the same area as Chile and Peru, so it is evident there are mining reserves in Ecuador. The main question is if the extraction of those minerals will be financially sustainable. There are five projects that are strategic: Mirador, Fruta del Norte, Cascabel, Rí­o Blanco, and San Carlos Panantza; however, there are political and social factors that need to be addressed to unlock the country’s mining potential and raise it to the level of neighboring countries, where mining has had and continues to have a net contribution to development and prosperity. It is key to have consistent public policies in the long term to continue to walk down the same path. Looking at international figures, mining represents 40% of Chile’s GDP and 20% of Peru’s, while in Ecuador the mining sector does not even represent 1%. All these show Ecuador still has a long way to go.

What are your long-term plans for the Mirador mine?

Production and export started in 2019, and we expect output to grow steadily in the next few years to reach a production capacity of 60,000 tons per day by June 2020. There is a second mining deposit Mirador Norte, which has reserves, though we still need to carry out feasibility studies to determine if we could develop that deposit. We expect it will be, and it would represent a significant boost for the production capacity of Mirador. The Mirador mine is expected to have an up to 30-year lifetime, which could result in larger resources being mined. In this context, we will work to raise awareness of the benefits of having responsible mining in Ecuador and how it can contribute to the overall prosperity of the country.