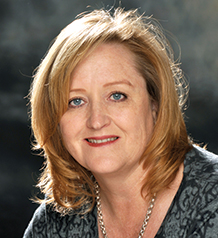 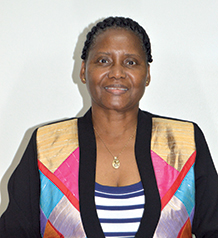 Share on:
The impact of the development of transport infrastructure in the capital will be profound, facilitating communication among businesses and individuals.

What are your organization’s strategic priorities in the short term?

Barbara Mommen Roughly $350 million has been spent on the building and maintenance of roads, and for the remainder of the concession there are still upgrades, improvements, and maintenance being done, because it is a build-operate-transfer (BOT) agreement. It is anticipated that over the next 16 years, we will see a further $400 million investment in infrastructure. The rail line upgrade, or rehabilitation, was finished in 2008, and that investment was roughly $100 million, which included upgrades to the rails and bridges and additional rolling stock and locomotives. Over the next four years CFM is going to spend roughly $204 million on the line in doubling and electrification of the line and improvements to signaling, amongst others. Additional capacity on this line will assist the corridor in creating a more balanced ratio of road-to-rail cargo. In terms of port Maputo, an integrated master plan was developed in 2008 that looks at increasing the capacity of the port, improving current facilities, and accommodating new vessels by dredging to minus 14 meters. Meanwhile, the car terminal is a great success story with increased volumes ensuring maximum use of the recently expanded terminal area.

IOLANDA WANE The strategic priorities for the next two years are defined in the 2012-2016 Strategic Plan, which is still under implementation, and clearly outlines the strategic guidelines for the company. Special attention will be given to continuing efforts at improving public transport services for the citizens of Maputo and its environs, increasing our operational efficiency and efficacy and proceeding with the operation automation policy of traffic and charging policy. We aim to improve the corporate model for the repositioning of the company in the transportation market in Maputo Municipality, and to proceed with ongoing restructuring in various operational and managerial areas in order to permanently align the company mission to the demands of the market. We also plan to redefine our social responsibility policy for internal and external public, and reinforce the sensitization actions against fraud in all departments of the company. We need to ensure strictness and respect for public goods, and must be careful in expenditure control.

How does the development of transport infrastructure in Maputo affect business?

BM I would really contend that infrastructure development enables access right across the spectrum; from multi-national companies through to SMEs. If you create the environment for moving goods, you are enabling economic development. It is not only the major companies that benefit. Much of the investment in infrastructure has been made by companies who obviously see the possibility of a return on their investment, so the challenge for us is to ensure that the charges levied for the use of infrastructure do not compromise the economic viability of the corridor.

What are your strategies for improving accessibility to public transport services?

IW We work as part of the Municipality project for installing bus lines, which differ from normal vehicles lines, and are known as BRT (Bus Rapid Transit). We believe that this system will improve the medium commercial speed, and that subsequently, we will see greater user satisfaction, since, greater speed and lower variability (resulting from line separation), will lead to a better circulation of buses.