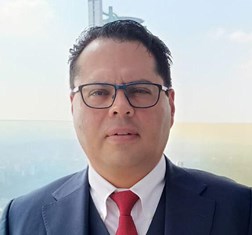 Miguel Santiago Reyes Hernández is the Managing Director of CFEnergí­a, S.A. de C.V. and CFE International. He has a PhD in economics from Universidad de las Américas, Puebla. He is an academic at the Ibero-American University of the City of Puebla and Mexico City.

Share on:
CFEnergí­a is investing in strategic locations across the country that have been neglected to provide electricity and ensure more energy independence in Mexico.

How significant is the role of CFE within the Mexican energy market?

Today, in Mexico, 60% of electricity is generated from natural gas; yet, Mexico lacks sufficient gas resources to supply its power generation plants. And that was the product of a technological reconversion made in CFE for many years to anchor a good part of all the investments in electricity generation to gas. We also have gas contracts and an area that operates those contracts and buys gas in the spot market daily. In some cases, we have reordered certain processes either by contracts or purchase of this molecule, because the pipeline contracts are already established. Now, the US exports approximately 6 billion cbft of gas per day, of which CFE consumes 70%, plus third-party clients that CFE has through a commercialization area of CFEnergí­a, which consumes about 12% of what it imports. Pemex produces gas for its own needs, but no longer sells gas to CFE. However, CFE has to meet this huge expense alone and imports from the US through various signed contracts. We have a company there, CFE International, that sells its services to CFEnergí­a, and these in turn have accelerated CFE’s electricity capacity. CFE has six degeneration companies, a transmission subsidiary, and a distribution subsidiary, among others. All of those will be integrated into a single parent company, the Federal Electricity Commission.

What projects is CFEnergí­a currently investing in?

What steps is CFE taking to ensure more energy independence in Mexico?

We are investing in strategic locations that past administrations have neglected. We are working to guarantee that there will be no more blackouts in the Yucatán peninsula, and also that all the potential for tourism or other industries in the Yucatán area can be realized with cheap, sufficient electricity but using gas. We are investing in two strategic plants for the area, and in gas infrastructure. In the north of the country, we see something similar. We have a strategic vision in San Luis Rí­o Colorado and at the Mexicali border with the US. The signing of TMEC and what has happened now that a trade war between China and the US is getting stronger. That we once again become an important pillar of investment development in the north, center, and southeast of the country. San Luis Rí­o Colorado and Mexicali are areas near Tijuana that border with the US where electricity investments has been lacking for many years. Summer brings temperatures of between 50 and 55 degrees in some cases. No access to air conditioning due to inadequate electricity supply and high prices is due to the lack of adequate infrastructure.

How much is CFE investing in projects during this administration?

There are investments of close to USD3 billion. We will see strategic investments in electricity, but also in projects related to natural gas generation. We will complete the gas pipelines that had been discontinued; when we arrived, there were seven gas pipelines that had been suspended, and we have already solved the issue for four of those and are about to solve the remaining three.