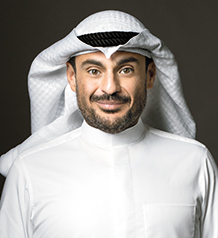 Omar K. Alghanim is the CEO of Alghanim Industries, one of the largest companies in the region, with more than 30 businesses in 40 countries. He is also the Chairman of Gulf Bank, one of the oldest and fastest-growing commercial banks in the GCC. As the chief visionary of Alghanim Industries, Omar is applying his detailed knowledge of the company and unique management skills, which blend Western business expertise with a deep understanding of the ethos and history of Kuwait. Omar has an undergraduate degree in business administration from Stern School of Business, New York University, and holds an MBA from Harvard Business School.

Share on:
TBY talks to Omar K. Alghanim, CEO of Alghanim Industries, on unlocking Kuwait's potential through education and business reform and capitalizing on the opportunities at hand.

In what sectors and markets are you looking to expand Alghanim Industries’ portfolio within the Gulf and abroad?

We are planning to expand strategically in the years ahead, focusing above all on MENA and South-East Asia. Our best opportunities lie in these emerging and frontier markets, and here in the region where we have long operated at the crossroads of East-West trade. As far as sectors are concerned, consumer electronics, retail, and the food and beverage industries are areas of focus. Then there is our partnership with the Wendy’s Company to expand the Wendy’s brand across the MENA region. This partnership includes all Wendy’s outlets in the UAE, which will serve as a good foundation for growth. Similarly, we acquired in 2013 the Costa Coffee brand in Kuwait. The brand had not had a ton of success here, but we invested in top-tier locations and revamped the menu and are seeing a turnaround. We are also planning on increasing the range of products for Kirby Building Systems, which is a pre-engineered building manufacturer we acquired in the 1970s.

How do you view the importance of Kuwait’s role on the global stage?

We play an important role on the global stage for several reasons. First, Kuwait is at the crossroads of East and West. We have a proud history as a nation of merchants, plying our trade across borders, and building lasting, useful enterprises that play a role in the progress of their time and place. This role puts us in a strong position to contribute to regional economic prosperity. Second, Kuwait has 10% of the world’s oil reserves. This gives us outsize power and influence relative to other countries of our size. Third—and most importantly—Kuwait is a myth-shattering example to the world of sectarian cooperation and tolerance.

How can Kuwait become more competitive, and what issues will define the country’s economic future?

Kuwait has some noteworthy strengths and weaknesses, and our economic prospects are bright. On the strengths side, we have solid leadership and guidance under the Emir, His Highness, Sheikh Sabah Al-Ahmed Al-Sabah. We have a world-class banking sector and governance system that puts us in a strong position to benefit from regional growth. The Central Bank of Kuwait has done a superb job of partnering with the financial services industry to implement the post-2008 regulatory framework. I have observed this first-hand in my role as Chairman of Gulf Bank. It is worth noting here, because our banking system is the foundation upon which all our economic activity is built. I cannot overstate the importance of CBK’s leadership to Kuwait’s economic climate. On the weaknesses, we face difficulties in engaging Kuwaiti youth in the private sector. It is difficult to persuade people in Kuwait to give up the certainty and security of government employment—where few people, if any lose their jobs—for the greater rewards and risks of the private sector. We can do more to reform public education. In too many instances, education in the Middle East has emphasized memorization over critical thinking. Generations upon generations have been trained to use their minds to store knowledge rather than to apply knowledge to solving problems. We have to change that emphasis. There is the question of diversity, especially when it comes to women in the workforce as a key factor in competitiveness. The MENA gender gap is three times what exists in most developing economies. According to the International Monetary Fund, if this gap were narrowed by just one third, the regional GDP would grow by 6%, or $1 trillion. This is a massive source of potential growth we need to unlock. It is easy for the private sector to stand on the sideline and point out problems. We have a responsibility to be part of the solution, working hand-in-hand with government to encourage this critical transition from past practices.