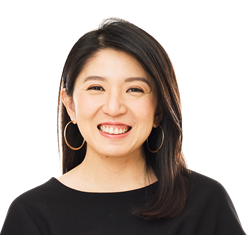 More of a Good Thing

Yeo Bee Yin is the Minister of Energy, Science, Technology, Environment, and Climate Change, and a Member of Parliament for Bakri. She is also the National Assistant Publicity Secretary of the Democratic Action Party. She graduated from University Technology Petronas with first-class honors in chemical engineering and holds an MPhil from the University of Cambridge in advanced chemical engineering, which she attended on a Gates Cambridge Scholarship. At 29, she contested Malaysia’s 13th General Election and became the youngest member of the Selangor State Legislative Assembly for 2013-2018. In the recent 14th general election, she made history by gaining the highest majority in the history of the Bakri constituency.

Share on:
Malaysia stands better poised than most of its neighbors to reap the benefits of renewable innovations and export them to the region.

How is your ministry facilitating Malaysia’s transition toward a climate-resilient green economy?

The Ministry of Energy, Science, Technology, Environment, and Climate Change (MESTECC) increased its 2025 target for the share of renewable energy in the total electricity generation of the country from 2% to 20%, excluding large hydro. This means we need to add 3.9GW of installed renewable energy capacity in the next seven years. We announced a new policy on net energy metering to incentivize people to install rooftop solar panels. We have 3.2 million residential properties, 450,000 commercial lots, 90,000 terraced factories, and 21,000 factories, which illustrates the great potential for rooftop solar in Malaysia, though we should maximize unused land first. In addition, MESTECC has liberalized solar leasing, which makes it easier to arrange supply agreements. The asset owner no longer needs to be the building owner, which incentivizes companies. With the National Energy Efficiency Action Plan, we are going into energy efficiency, one of the lowest-hanging fruits to decarbonize the economy and save money. With about 5,000 buildings, the government is the largest property owner in Malaysia, but many of them are not efficient. Moving forward, we want to close the Energy Performance Contract in which companies invest in retrofitting these buildings and then share in the savings. In 2019, we will do this with 50 government buildings as a pilot. Going into electricity performance contracting will catalyze the energy service industry in Malaysia and help us be more efficient without having to make huge public capital outlays. We are finalizing a standard template to share, educate, and incentivize the government on all levels to go into energy performance contracts. Another important initiative of MESTECC is the roadmap toward zero single-use plastics, which incentivizes companies to replace hydrocarbon-based single-use plastics with eco-friendly alternatives. In November 2018, the Ministry of Finance announced a tax incentive status for companies that invest in biopolymers or bio-products. We want to create an ecosystem that fosters this green agenda regardless of any government investment. This ecosystem depends on four pillars: talent, technology, the regulatory framework, and private capital investment. Eventually, we want to see Malaysia as a green economy and green financing hub for green projects in the entire Southeast Asia region.

What are your expectations for the Large Scale Solar 3 (LSS3) scheme?

MESTECC has announced the LSS3 scheme tender for 500MW worth USD450 million, which will close in August 2019. I expect LSS3 to be even more competitive than LSS2 and LSS1. We have more local players with whom foreign players can start a joint venture. Local regulations require 51% Malaysian ownership, which is not a restriction for FDI.

What are some ways in which the value chain in the power sector can become more competitive?

We aim to reform the sector and open it up to more competition. Investors will see a more comparative electricity power sector in Malaysia, with a more competitive environment. I see the power sector as a nurturing ground for our players to eventually export their services to other Southeast Asian countries. The goal is to make Malaysia a pivotal point for FDI in Southeast Asia. We will be more cost-competitive than Singapore, with the same high level of talent, technology, and regulatory framework, and a competitive local market located close to other important Southeast Asian markets.