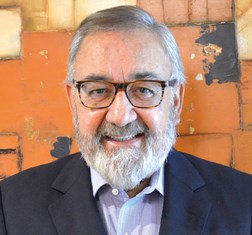 Since 2009, Felipe Vilá has lead Fondo de Fondos, an investment vehicle created by four public development banks: NAFIN, FOCIR, BANCOMEXT, and BANOBRAS. Previously, Vilá served as CEO of HSBC Casa de Bolsa in Mexico. He holds a PhD in economics from the University of Texas at Austin (US).

Under which conditions do you prefer to invest in a project, company, or fund?

We prefer to invest in funds but were incorporated to invest in private equity funds at the beginning. Four or five years in, we started to invest in venture capital funds. Late in 2015, we launched an effort to invest in energy fund managers to take advantage of the openness of the energy reform. When we invested in venture capital funds, the ecosystem was under-developed, and we found that some Mexican fund managers committed to an investment in an early stage company and placed most of the money upfront. When the company started growing and went to capitalization rounds B or C, the fund did not have enough money to keep investing with the company. Therefore, we decided to open a vehicle to co-invest in those companies. After a while, some fund managers in the equity growth area started looking into companies that had capital requirements bigger than the maximum ticket allowed to invest by the fund. Hence, we started to co-invest with other funds. Nevertheless, our core business is to invest in funds.

What are the advantages and disadvantages of being a fund of funds?

Several limited partners (LPs) believe that a fund of funds only results in a double management fee. But there are still a lot of funds of funds operating worldwide. We provide diversification. If an institutional investor wants to invest in different funds, they have to have a team to do the analysis and due diligence to verify that they are really picking up the best managers. They then have to start following the managers who have already invested and help attend investor meetings as well as LP and advisor committees. If a large investor gives us a ticket of USD100 million and we place it into a fund’s fund, it is then distributed into 20-25 funds where each fund manager will commit to seven or eight companies. So, we achieve significant diversification.

What is the evolution of your investment vehicles, and how is your strategy changing?

This company was created by four governmental development banks that provided capital and capital commitments. Private equity is a long-term play; continuity is an important aspect. As a corporate company, we can have a long-term, stable situation in investment policy and personnel independent from the political cycle. After three years, the shareholders and board of directors realized that the private equity industry was growing fast. Since we were the only Mexican investor investing in this, they realized that we would not have enough money to keep investments at the rate of the growth of the industry. They asked us to start looking for best practices to try and raise capital from third parties. We became a catalyst of growth in the industry at the beginning. Then, we went abroad and started comparing with other businesses that were doing the same as us. After deciding to incorporate investment vehicles, we went all the way and incorporated a vehicle in Canada as a limited partnership agreement with a strategy of investing in private equity growth. We placed USD250 million and started to do investments into capital commencement funds. We soon increased our commitment to USD275 million in 22-24 funds. We closed the fund and fully committed to it before deciding to launch a venture capital fund of funds.

My goals for 2018 are twofold. We are launching a fund of funds to do impact investment and are going to do the same partnership with a different partner from the US. It is going to be a smaller effort of around USD120 million. What is more, we are also launching a debt fund of funds to invest in infrastructure debt. It will be a MXN4-billion effort.